Dirty Projectors seem to hold no appeal with the masses, a fact that helps redeem my faith in American society. However, the group has become universally acclaimed by the music press. How has this caterwauling lounge act duped so many kingmakers? By pandering to the current inexplicable popularity of several undesirable traits. 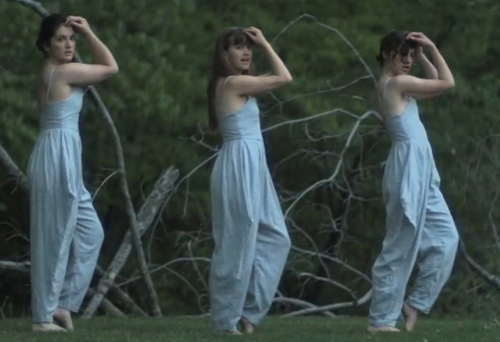 Idiots find genre-hopping fascinating, because they possess minuscule attention spans and are unable to differentiate between "being distracted" and "being impressed." Any band that's practiced enough to achieve any degree of recognition could probably experiment with a different style for every track, but most of them decide against this strategy because they realize that the album would come out sounding like a retarded label sampler.

Listening to Bitte Orca, you can envision Longstreth proffering his neck expectantly in anticipation of some sort of medal for combining disgustingly precious folk, gentrified world music and soulless R&B on the same slab of shit. But for all the self-congratulatory chameleonry, the songs become indistinguishable due to the obnoxious oooohing and ahhhing that overwhelms every track. This is what can happen when people let quirks dominate their art, like if John Woo decided that instead of featuring doves in brief cameos, he'd allow them to crap all over every character.

"More than almost any other band in the indie-verse, Dirty Projectors have dedicated themselves to the more dazzling points of musical technique, with sputtering, irregular rhythms and vocals so intricate that, like special effects flashing across a screen, they sometimes can't be fully taken in at once.... It's as difficult to perform as it sounds and requires painstaking rehearsals that Ms. Coffman, 24, said can last up to 12 hours."

"The one thing I've kept most with me from when I was obsessed with K Records in high school and college is to maintain the spirit of an amateur, someone who is doing it for a love rather than out of a sense of expertise. The idea that music is free, that it's not the province of some technician." -- Longstreth, The New York Times

Bands such as Dirty Projectors and the Decemberists love being praised by their alleged technical prowess, but occasionally they will encounter someone who knows better and calls them on it. At this point, they can claim to be a ramshackle bunch of indie musicians who just play music because it's free, man. In this context, it doesn't matter if they write concept albums without having the compositional ability to pull them off, or if they write an album of paint-by-number harmonies that they leave black-and-white because they're too dense to color them in with real lyrics.

Dirty Projectors sound like a finger-pickin' jam band collaborating with an a cappella ensemble. They might be "good" at what they do, but this doesn't matter because what they do is inherently horrible. There's also some "glitchiness," which in this case means arbitrarily erratic guitar parts and awkward, arrhythmic vocal passages. The intentional obtuseness serves as a convenient excuse for why these otherwise boring songs sound so broken. 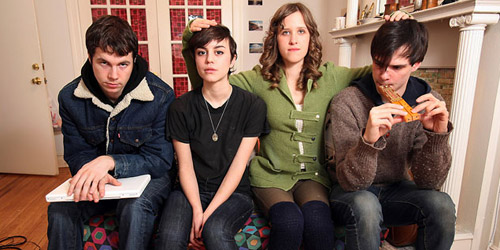 Pitchfork: "One of my favorite lyrics isn't even a lyric-- it's when you guys just sing, "AHHHHHHHHHHHHH." Where does that kind of exclamation come from?"

Longstreth seemingly uses random vocalizations as a placeholder for actual lyrical content that never arrives. He's too "clever" to write words that make sense, or to compose pop songs without sabotaging them. "Cannibal Resources" could be Dirty Projectors' "Bohemian Rhapsody," replacing an interesting narrative with drawn-out vowel noises and replacing Freddie Mercury with an infinitely gayer Freddie Mercury. Bitte Orca sounds like the work of someone who doesn't know any better, coming from someone who knows too fucking much for his own good.

That's perhaps the worst thing about Dirty Projectors, the fact that they're like an intentional "outsider" art band. Somewhere, there's probably a bunch of hicks harmonizing pop standards on a front porch while somebody strums errantly on an out-of-tune acoustic guitar. These guys sound just like Dirty Projectors, but no one will ever discover their "talent" because some nasally Yale graduate and his little hipster choir have co-opted their signature approach.