Why Damned XCOM is Abolished From Nigeria 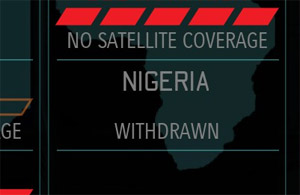 There has to be a better way.Good evening, my people of Nigeria.

Earlier today, following the tragic incident at the gas station, it has been decided by the houses of congress and by myself that we will no longer be permitting the international meddlers of XCOM into the territory of Nigeria. Political church groups from the USA used to dealing with the XCOM problem have helped us draft this ban legislation and I was proud to sign it.

All exploitative funding is immediately cut to the XCOM NGO so that our money may be better spent equipping our native anti-UFO force, which is tentatively called UFO Force. We have many soldiers and dogs already. So far our scientists have researched a weapon we call "machine gun on the back of a Toyota pickup" which we hope will be very effective.

Some of you may wonder at the reasons why we are leaving the only anti-UFO coalition at a time when more UFOs than ever before are terrorizing Nigeria. Why are tiny, bug-eyed men scuttling in our streets? Why are your neighbors turned into human-shaped piles of grass? God is real, so why does he abandon us? He has not, my friends, but XCOM has. 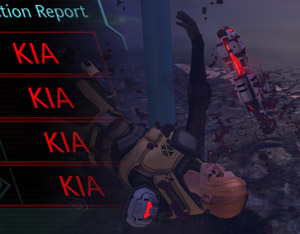 Do we really desire another gas station incident?Do not fear, my fellow citizens. UFO Force is being given a new base in the former gas station missing several walls and partly on fire. I assure you the fire has not spread to the important parts. Upgrades for UFO Force are also in the works, including purchasing a helicopter to be UFO Interceptor-1, as well as several berets, which are an advanced type of armor.

I have also personally reached out to the UFOs themselves. It seems that they are not so bad after all. The one that roars and charges around punching people into bloody pulps is relatable. The majestic transforming disc is a fine sight in the sky. And the purple energy surrounding my head cannot be a bad thing.

I have heard much loose talk of "experiments" on the people, but you cannot be so sure these are UFO experiments and not European drug manufacturers. The UFOs are only curing a different disease with undisclosed human testing and terrorizing of our population.

When you consider HIV, the UFO agenda is really no worse than the First World's agenda.

Thank you and God Bless You.