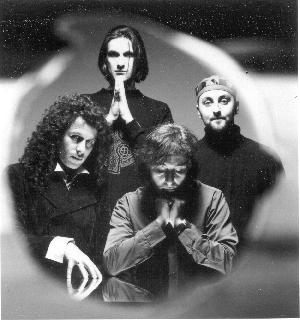 The Incident, disc one, does not deliver an effective 55-minute "song cycle," as promised. It's just a collection of half-assed ideas that have been stretched out and stitched together, an orphaned guitar solo here, an artlessly repeated phrase there, filler everywhere. Porcupine Tree opens the album with a pointless instrumental, then reprises it nine tracks later without any interesting variation or progression, just the same simple chord to remind listeners that this is all supposed to be related. It's a grotesque caricature of thematic coherence. It's a concept album in the same way that 10 YouTube clips connected by a broad search term could be called a movie.

The album's best songs are the short songs, and the short songs are too short to be anything. "Kneel and Disconnect" qualifies as the standout, and it's a two-minute interlude. They waste their strongest melody on something most people will skip, given that every other short track on the record is crap. In Porcupine Tree's hands, the "Layla" piano coda would have been chopped off and reassigned to a filler track no one would ever play.

One of the supposed advantages of a song cycle would be that the songs flowed together. Wilson even said in an interview "each song was specifically written to seamlessly flow out of the previous one and link to the next." But this doesn't happen with The Incident. The extremely jarring "transition" from "Drawing The Line," during which Wilson wails stridently during the chorus like an agitated Michael Stipe, to the electro-funk title track feels intrusive and unnatural, like getting raped by a robot. With its unnervingly slinky ambience and Wilson intoning the word "fuck," "The Incident" could be Porcupine Tree's "sex song," if willing partners for its fans existed.

Porcupine Tree quarantines some relatively decent songs on disc two, which only demonstrates how much better The Incident could have been if the group would have just made an actual album with actual songs. The concept format might have the lent the record more prog credibility, but this only exists within the genre, because no one outside its borders finds anything about prog remotely credible.