After writing an Awful Link of the Day blurb about the Midwestern forest minstrels Elvendrums, I searched the ALOD inbox to see what other ludicrous bands people have submitted for ridicule. Some of the suggestions were unusable -- the Comedy Central Records logo should really be a dead giveaway about fake-Christian joke acts, and I don't know what the fuck was supposed to be so goddamn hilarious about quality groups like Flesh Grinder and Diebomb -- but I salute the readers who persisted in their Internet digging until they struck buried sewer lines, producing the spewing black geysers that appear in this article. 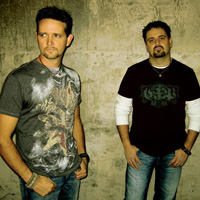 For people who embraced Blink-182 as ignorant teens, that band's reunion might conjure unwelcome flashbacks to pubescent embarrassments and indiscretions, like an unsealed juvenile record or an acne relapse at age 47. But pop-punk can sink much lower than those clowns, as demonstrated by the Right Brothers, who replace nasally whines with Tennessee twang and boob jokes with drooling odes to Ann Coulter's long legs and "powerful intellect." Songs like "Bush Was Right" won't convert leftist listeners, but they might cause right-wingers to become so humiliated by the implied association that they abandon their beliefs. The Right Brothers are music's An American Carol: Proof that Republicans can perform a fool's errand just as poorly as Democrats.


During a tune chronicling "liberals that we can't stand," the Right Brothers harmonize "we crown our list with Hillary." Op-Critical produced its own Hillary-bashing video, establishing that Lady Clinton is despised by shitty musicians at both ends of the political spectrum. Op-Critical delves into lame liberal-dominated genres both traditional (wimpy acoustic folk) and modern (earnest rock-tinged rap), exhibiting the usual massive gap between do-gooder intentions and done-well music. The Op-Critical collective subjects one of its members to waterboarding in this clip, which might be cathartic for people enduring the horrible accompanying song. 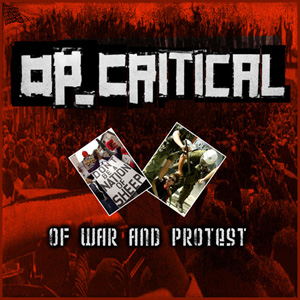 Who are the fresh rebellious faces behind this bold radical imagery? 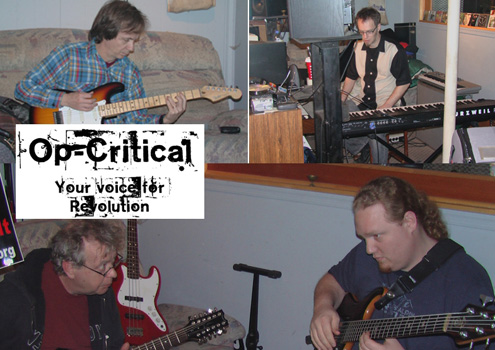 Oh, it's these guys. 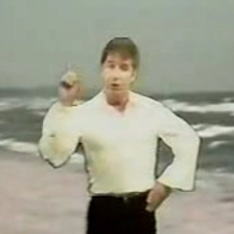 Oklahoma's Michael Phillip Wright decided 2007 was the perfect time to upload his musical take on 1999's Elian Gonzalez controversy. (By this timetable, his 9/11 reflection should be arriving online any day now.) Wright offers preemptive defenses for everything from his fruity outfit ("I was wearing a costume I used to wear when playing mandolin in an Italian restaurant") to his "obviously fake" beach backdrop (which humorously pauses halfway through the lip-synced clip, resulting in a static tide behind his flamboyant gestures), but his explanations only offer more ammunition for mockery. When not using his non-threatening croon to chide foreign policy, Wright films noise-pollution offenses, documenting evidence both unconvincing (a "barking dog" video with no canine sounds, a library cell-phone talker filmed at a distance) and dumbfoundingly obvious (train horns are loud!) If only noise-pollution watchdogs cracked down on crappy current-events songwriters!

Timatayo plays unremarkable acoustic music, though he occasionally gets a little spastic with the strumming. In this case, the music doesn't really tell the whole story. Fortunately, his Galleria reveals the rest! 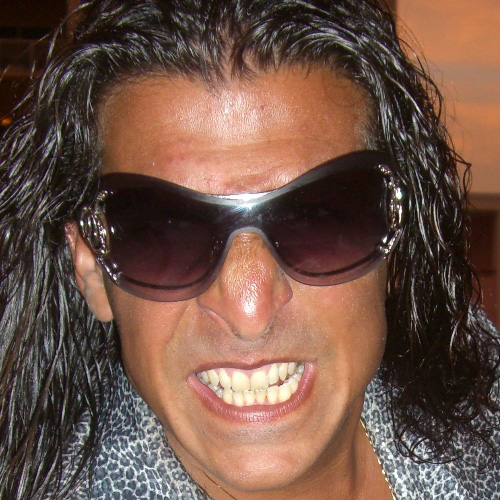 Behold, the frightening intensity of Timatayo! 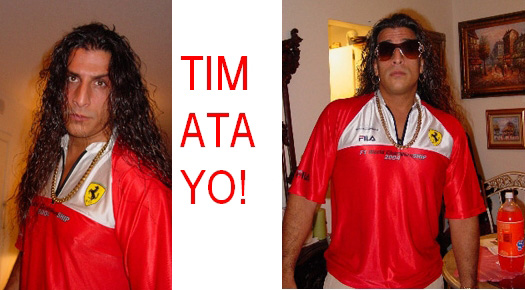 Timatayo's pictures toggle between extremes: With and without sunglasses, with and without a bottle of Sunkist. This represents the warring dichotomies within Timatayo's dynamic personality, the primal wildman raging against the suave customer who color-coordinates his carbonated beverages with his shiny shirts. The sunglasses are protective, not for Timatayo, but for the people who'd otherwise be incinerated by his smoldering gaze.

Timatayo occasionally poses outdoors to illustrate his untamable nature. He brandishes electric guitars, although his recordings seem to be largely acoustic, to illustrate that he is a live wire with a rebellious spirit that can never be unplugged. Timatayo sets the streets ablaze with passionate notions. He fuels seduction with his modern-day lute. His flowing locks smell like fire -- not smoke, but the actual flame most never get close enough to sniff. Timatayo writes "boring" songs because he knows whatever notes he performs will be overpowered by his charismatic aura. Spectators become too distracted with desire to remember how to hear.

If you play an instrument, Timatayo might ask you to join his band. This is an honor beyond human pleasure. Surrender to whatever initiation Timatayo deems appropriate, then begin playing your part in his cosmic opera.