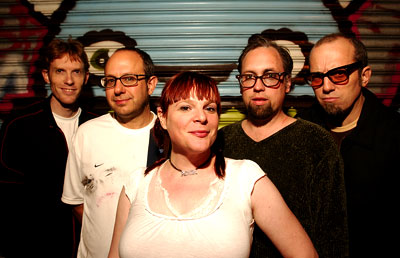 Austin is now safe from Cat Scientist (defunct), but other horrors lurk.

During my past few trips to the South by Southwest music conference, the million-band clusterfuck currently taking place in Austin, I followed a meticulously advance-scouted schedule. I only deviated from the itinerary once, to grab a drink during a walk between far-flung venues. As punishment, I witnessed Cat Scientist, one of the worst groups I've ever endured. The drink sucked, too. It tasted like an attempt at fruit-flavored motor oil.

I decided not to attend SXSW this year, because as a professional chronicler of music's atrocities I'd feel obligated to death-march from one shitty performance to another, reporting on the worst acts festival had to offer. I couldn't bring myself to pay for that privilege. However, I've traced the grim path that I would have followed this evening. The average SXSW report spotlights an optimistic sampling of Next Big Things. My list is more of a cautionary forecast of What to Avoid, now (for any readers in Austin) and in the future (when all this crap becomes unavoidably popular, because people are idiots). 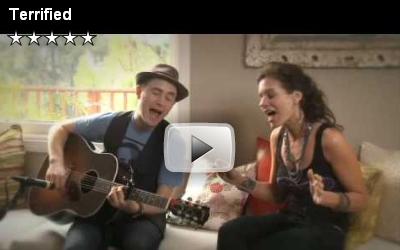 Friday, March 20, 8 p.m.
Let's start the evening with this random schmuck, Jason Reeves from Iowa City, Iowa. At first glance, it seems like this could be a heartwarming story: Just a Midwestern kid and his acoustic guitar, singing his heart out in hopes of being noticed and appreciated. Unfortunately, there are no such stories to be found at South by Southwest. While Reeves still quaintly bills himself as Iowa City-based, he moved to Los Angeles long ago, where he started writing for Colbie Caillat (a prematurely adult-contemporary snooze princess whose folk-pop songs waft through casual chain restaurants like sleeping gas through the vents) and partnering with unbearable American Idol judge Kara DioGuardi. This isn't an underdog tale: It's a guy secretly responsible for lame music you might have already heard, who could become the next fucking Jason Mraz by the end of 2009.

8:30 p.m.
South by Southwest doesn't focus on a lot of shit that looks and sounds like this, because it caters to adults rather than tragically misguided teenagers. However, it does host label scouts that serve as youth-corrupting liaisons, profiting from screamo like a middle-aged loser who buys underage kids beer at a convenience store and pockets the change. A Skylit Drive offers everything a free-spending MySpace-addled kid could want, from its mummy-wrap haircuts and robo-vampire piercings to its scream-between-the-gay-parts song structures. 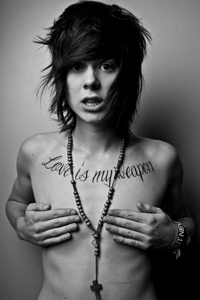 9 p.m.
Look at this fucking sassy eunuch. NeverShoutNever's Christofer Drew sounds just as nutless as Tiny Tim, but the stuff this malnourished moppet sings about is even fruitier than tiptoeing through tulips. Drew squeals about happiness, performing an aggressively optimistic brand of emo that somehow proves even more obnoxious than the whiny kind. 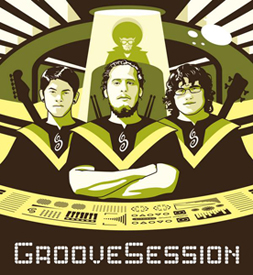 10 p.m.
If you're a jam band with less than 60 minutes of stage time, what's the fucking point? Who knows how Groove Session (unfortunate slogan: "End the jammin' famine!") will spend its meager allotment. Maybe they'll perform a live reading of the excruciating "They had a Phish named Zappa&" influence-linking wordplay exercise that dominates their MySpace page. Or perhaps they'll play a cover: "Would you guys like to hear some Beatles&" (slide whistle up) "&with a Groove Session twist?" (slide whistle down). 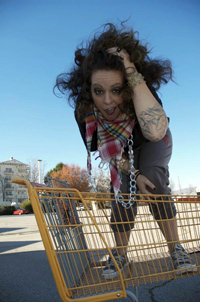 11 p.m.
"Fannius earned her first platinum record at age 15," boasts her SXSW bio. But it was something like the Lizzie McGuire soundtrack, so don't worry if you haven't heard of her. "The label never did figure out how to market the white, female, teenage rapper they had signed," it continues, in an awkward, halting manner reminiscent of the flow-impaired Fannius herself. SXSW offers several terrible white female rappers - apparently, they're the new terrible white male rapper, though Asher Roth is in Austin to hedge bets - but Fannius marks the nascent trend's nadir. The pathetic "Girlfriend" panders so hard it should be cited for solicitation. 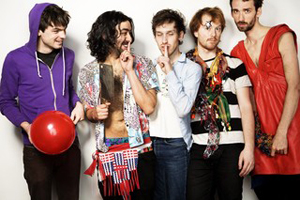 Midnight
If you have enough energy left to tackle a band that a) looks like this b) hails from Brooklyn, go fucking crazy. Otherwise, rest up, there's a lot more horrible shit tomorrow.