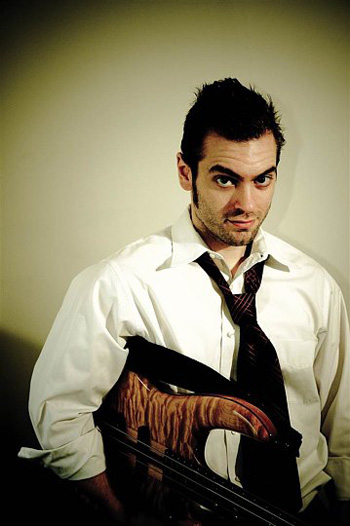 SH: this is all just a side project to support his REAL musical endeavor, "Dapp Rapp"

DFH: Dapp raps like Run DMC still but he uses the word "dope" every other line.

SH: these guys have to do at least one song where they attempt to 'legitimize' a rap song by putting a shitty melody to it

SH: Rollin' down the street, smokin... *dapp backs away from the mic and gives a knowing wink*

DFH: moms have way better taste in soul and motown than this guy can serve.

SH: i dunno it seems like his sole reason for being is to lure suburban moms into his funktafied lair

DFH: How many times do you think this guy has played a cover of "Respect" to try to get into some mom's pants, though?

SH: Are you trying to seduce me, Mrs. Bannerstein-Horowitz?

SH: i bet if you could hear what's going on in dapp's mind, it's just a constant loop of the intro to 'rapper's delight' and maybe a girl moaning

DFH: I wonder how many times he has said to people "Dapp, yknow, like ..." and then extends his fist.

SH: shit. i just realized this. maybe the reason dapp's bandmates are so young is because he's running a FUNKY ORPHANAGE

SH: it's like a program where he's adopting children and then raising them to be funktafied child-soldiers

SH: in the war against emo or whatever he said

SH: the world needs to know the truth about DAPP and his dickensian band of musical urchins

SH: he has a bumper sticker on it that says "BASS PLAYERS DO IT WITH RHYTHM" or something

SH: "BASS PLAYERS DO IT WITH A WEIRD EXPRESSION AND NEVER STOP BOBBING THEIR HEADS"

DFH: "BASS PLAYERS OVERDO IT MOST OF THE TIME"

SH: i bet this guy has a whole arsenal of bad 'drummer jokes' and shit that he whips out at practice to 'bond with the guys'

DFH: He follows all of them up with "You know I'm just playin' man" and then goes in for the signature Dapp Dap.

DFH: "They're super funky" *riffs on Super Freak for a minute*