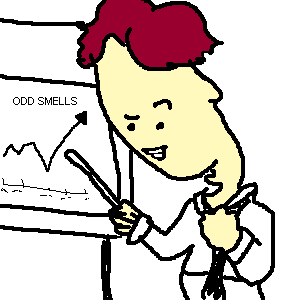 Ok, I work at a grocery store. It is a certain health foods grocery store. Some of the people that visit and work at this store are a little weird. Not to say that I am not weird, because I am admittedly very weird. However as my job gets very tedious, i tend to mess w/ peoples heads. I like to call it a sociology project. However, most of the things I do just makes me an asshole. Anyways to conduct my sociology project in a more 'positive' manner.

After two years working for a company, you learn a lot of things about both it and yourself. You learn the intricacies of their business, their operation, and their management. You learn about how hard you can push yourself mentally and physically. I learned these my last two years working for UPS, and the one thing I think I gained most out of it was character. I discovered a work ethic I never knew I had. I learned patience, social skills, and how to overcome challenges in the face of adversity. I became strong. I became a man. And now that I have finally realized that I've gained all I can from working for this company, I feel that it is time for me to move on. It's been a long time coming, but the proverbial straw that broke the camel's back has finally been placed.

Society demands sacrifice and work out of you because people in society sacrificed and worked for you to fucking be alive, you ungrateful dipshit. You go into this world owing a huge debt to doctors, parents, teachers, police officers, soldiers, and all the other elements of society that allow it to function. Do you know what really defines social animals as opposed to solitary animals? Work. Bees, wolves, elephants, chimps, etc. all do work for other members of their social units to keep the units functioning. What gives you the right not to have to pay back all the work that has been done for you? Many of these people work longer and harder than you ever will. Doctors are on call 24 hours a day and work every day, including Christmas, often working 80+ hours a week. Police officers risk their lives and health in dealing with violent criminals. The musicians you listen to spend much of their lives in vans thousands of miles from friends and family, working on their art with every waking breath, and many of them make a lot less than many people think they do. People work. That's what they do. They sacrifice time, effort, and even health and safety for the greater good. And many of them are fucking proud of it. Do you think the enduringly famous people of the world (REAL significant people, not lazy, self-indulgent "celebrities" whose fame is merely transitory) are remembered mostly for partying and slacking off? They're remembered for their work. And many people, famous or not, live happy, fulfilled lives while working very hard, because they appreciate what they give as well as what they receive.
You think your job sucks? Then get one that is relevant to things you are interested in or care about. And if you say factors X, Y, and Z trap you, then sacrifice X, Y, and Z to do it. You will never be happy if you hate working, no matter where you go.
You have no idea how easy you have it. People live longer, have more, make more, eat more, learn more, and have more rights and privileges (many of the rights enumerated by the Constitution existed only on paper until a few decades ago). 100 years ago the average workweek was 60 hours. 1,000 years ago, you worked from dawn until dusk and most people were virtual slaves under the rule of feudal lords (who were jerked around by their lords, who were controlled by their lords, until you got up to kings and popes who believed in yet another Lord with a capital L. Hell, Americans have it easy compared to many other places in the world today. Go to Denmark or France or Belgium, and beg the government for another check as your scrape your pockets for 7-euro-a-gallon gasoline and pay 60% or more of your income back in taxes.
I strongly recommend that you sit down and rethink your values, outlook, and direction. You are on a one-way road to loserdom, and you may even be there already.
As for debt, if you go into bankruptcy, barring some horrible health disaster or somesuch, it's your own goddamn fault. Ration your earnings, be careful what you do with your money, and put some of the goddamn stuff in the bank once in a while. There are plenty of people who make relatively little money and don't owe their souls in debt because they exercise some level of financial prudence and caution. It wouldn't hurt you to pare a few channels out of your $90/month cable television to go towards your car note.
Now that I've finished my tirade, my break is probably going to be over very soon and thus I will have to go back to, uh-huh, work. I hope none of the value I create today ends up in your hands.
P.S. If your college degree didn't get you a job, you probably got a shitty-ass liberal arts or education degree because a real degree would've required you to actually work for it.