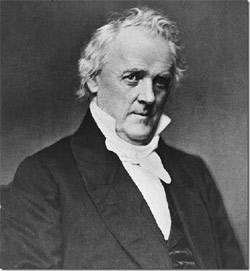 There is no more shameful moment in our history.Voting is a little harder than it sounds, but a lot easier than the legend foretold. Yes, true, okay, I admit, you must be a United States citizen to vote.

This rule was established to prevent the French from ever again deciding our presidency. We learned our lesson in 1857 when Napoleon decreed the election of James Buchanan and Parisians flocked to the voting booths to select him as our President.

Only a giant gay man named Abraham Lincoln, elected by Americans, was able to throw off the yoke of French tyranny by dissolving the Union and fighting a war against the American States and the French States in the South. To this day people in Louisiana speak a language called Creole which is based on their support of James Buchanan.

Don't worry if you are not a United States citizen. You can still vote, all you have to do is believe in the American dream enough to lie about your citizenship. Then you just register to vote. You can register as long as you have a driver's license or the social security number of a recently deceased person. Or a utility bill. Or a guy willing to vouch for you. Or a note written on government stationary. About anything. Including you being ineligible to vote.

Only if you are white or Cuban.

Once every four years. There are other elections and issues to be voted on at other times, but only by professional voters. As a reserve voter you and the millions like you will only be called upon to vote during difficult times or every four years. You have not received the intensive training of the professional voters and specialist voters, so you do not understand complex issues like "school bonds" and "mayors."

6. I feel this great urge to vote, but there is no election! What do I do?

Don't panic, this can sometimes happen. This is called "caring" and it should be avoided. This happens when you learn too many things or watch too many Youtube videos. Either you are informed and upset or you are wildly misinformed and even more upset. Both of these problems have the same solution:

Blogs, message boards, and the comments sections of news websites are all great ways to exercise your votin' jones. Here is a sample of what this might look like:

If you know what any of those things mean you probably want to vote when you shouldn't! That's okay. Like this post you don't have to make any sense, just use a lot of puns like "lamescream media" or "rethuglican" or "demoncrat" and you should fit right in.

7. Should I really vote?

Absolutely. You should vote at least once to have a complete and adult understanding of what it means to be powerless in a nation ruled by people a lot stupider than you.