There's nothing wrong with appreciating nature and trying to preserve the earth. The many splendors of the environment enrich our lives. Look at the beauty all around you. Now think what it might look like if instead of trees and dirt and squirrels there was just the cold blank void of space, howling silently, forever hungering to steal your warmth. Scared? You should be, the environment is a fragile thing. 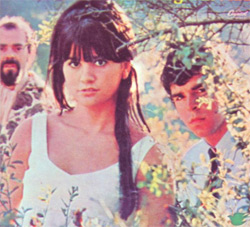 Without the environment the amount of frolic would decrease by three to five centimenters a year.If the smell of smoke has finally worn out of your good toque that can mean only one thing: Earth Day is right around the corner. What? Never heard of Earth Day? It's the secular holiday located midway between World Hay Day and that day every year where all the people you hate start talking about gold booty. Tax Freedom Day.

The point of Earth Day is to reflect about the earth and celebrate it in an environmentally friendly, percussion-related way. The ancient tradition of celebrating the planet by getting high is just one of many ways environmentalists give back to nature. Believe you me, nature has never needed more back given. Global warming, rising sea levels, bed bugs, hammock cats, pollution, fiat currency, China, solar flares: these are just a few of the hundreds of different words I could have written down.

Am I going too fast for you? Too complicated? The threat to our environment can be put simply in one word: "volcanoes." Think about that for a minute.

Hang on, I mean "man." To a lesser extend volcanoes. And asteroids.

That's why the world needs environmentalists.

Why Should You Become an Environmentalist? 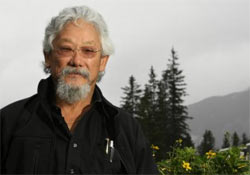 Asians are the most likely race to be an environmentalist next to the mythical Native Indian. The environment, stupid. It's all around you. You're in it right now. You're breathing it mixed up with your butt gas. You're drinking it when you have a sodapop.

If you were a fish wouldn't you want to became an aquariumalist? Basically the same deal.

That crab that lives in the sunken ship is crapping an awful lot. If he keeps crapping your whole aquarium might turn green from his poop. Better figure out how to stop him from eating so much. Maybe bite off his hands.

You can do that exact same thing in your environment. Same deal with being a person only the crabs are just more people in the evnironment. The environment.