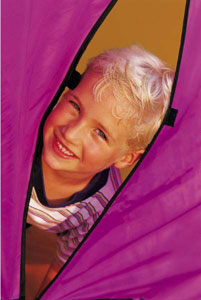 What the hell? This image was on the KC Parks and Recreation site. I think that child is escaping from Barney's vagina.Today's sordid tale of midwestern evil began when Mayor Funkhouser had to appoint a living, breathing human creature to the Board of Parks and Recreation, possibly because the position had been vacant for several decades and nobody noticed until the night shift janitor asked if he should update the office's President Taft photo. Funkhouser spent uncountable sleepless nights, restlessly tossing and turning, struggling to determine the ideal candidate capable of fulfilling the exhaustive Board of Parks and Recreation duties. This was a precarious position, one requiring an individual with impeccable moral standards, superhuman brainpower, and flawless logic, like a Vulcan Jesus Wikipedia editor. After all, the Board of Parks and Recreation possesses a nearly infinite amount of power, their demanding duties including:

Mayor Funkhouser eventually settled on some unknown old lady named "Frances Semler" as his ideal Board of Parks and Recreation appointee, although I'm not really sure why. Much like all elderly people, Semler is apparently some wacky professional conservative weirdo who carries around Pat Buchanan books and hates illegal immigration. Okay, that's great, but how does a person like this become buddies with a democrat, particularly the democrat mayor of Kansas City? Did she bake him a cake in the shape of a big bullet?

Whatever the reason, the NAACP and La Raza are crying foul, protesting and threatening to move their awesome conventions to another city unless evil grandma Semler is fired and publicly flogged on a live national television broadcast. This is a big concern for Kansas City, as their conventions generate an obscene amount of money (nearly $15 million), and the city desperately needs this cash to pay for Liberty Memorial's new loudspeakers emitting seizure-inducing supersonic tones audible to only homosexuals. The logic behind these groups goes something like "well Semler isn't necessarily an evil racist, but she's part of an organization that probably has some evil racists members, so therefore Kansas City is employing evil racists." In an effort to demonstrate solidarity, the NAACP and La Raza have begun a boycott of Kansas City-produced goods, which goes into effect the minute somebody can actually find some. 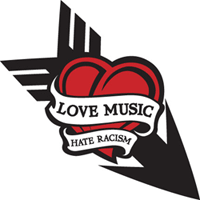 Finally, an image for us people who both love music yet hate racism.In response, Mayor Funkhouser has started whining about "blackmail" or something, accusing the NAACP and La Raza of holding Kansas City hostage to their demands. It's Kansas City's god-given right to profit from various minority conventions! How dare they refuse to meet in a city with social policies they do not support!

Why this clearly reeks of blackmail, and if Mayor Funkhouser caves in to their demands and lets the terrorists win, then it's only a matter of time before La Raza begins issuing further unreasonable requirements that must be met, such as "at least three city officials must wear a monocle at all times" and "free Steel Reserve at all Royals games." Actually, that last one is a pretty good idea. Until I get free Steel Reserve at all Royals games, I am holding Kansas City hostage by refusing to hold my annual "Stupid Bitchy White Webmaster Convention" at Funhouse Pizza. I'm literally denying the city DOZENS of dollars if they refuse to meet my demands. That's not even counting the beer tab.

This brings us to the current standoff between Mayor Funkhouser and various angry minority groups (I was originally going to write "Mexican standoff," but I lost my copy of this year's Racism Handbook, so I'm not sure if that phrase means I hate all Mexicans). Like usual, all parties are acting equally retarded and share part of the shade from the spotlight of shame:

Mayor Mark Funkhouser - A democrat should know better than to appoint a conservative to any position anywhere. I was always under the impression Kansas City mayors were allergic to conservatives, like vampires in Garozzo's. His unwavering support propelling Frances Semler seems both totally admirable and completely questionable. Why does he continue to battle for such an insignificant, minor position? Does Funkhouser know some secret characteristic of Semler, one enabling her to absolutely park and recreation the crap out of the city? Did he run an advanced computer simulation revealing a miraculous improvement in the quality of hedge trimming under Semler's reign? Publicly fighting over a Board of Parks and Recreation appointee is an absolute waste of time, second only to reading our retarded website. 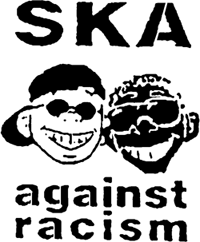 Joke's on them, I hate both ska AND racism!Frances Semler - She's a 73 year-old grandmother who spends her free time growing roses. She probably cuts out Family Circus comics and attaches them to her refrigerator using fruit magnets. She doesn't own a weapon, and admitted she's only fired a gun once (claiming the recoil scared her too much). She's less threatening than a Hen House rotisserie chicken, although significantly more wrinkly. Unfortunately, she tries to convince people they should read Pat Buchanan books, making her unfit to participate with the environment in any conceivable way.

The NAACP and La Raza - Are race relations in America so perfect and flawless at the moment that the sole remaining battle is over some old lady in the Board of Parks and Recreation? Do they fear she'll wander around with a bag of bricks and mortar, walling out rogue Hispanics from Swope Park? Better be careful this weekend during the Cave Spring Civil War Re-enactment, she might show up and trap a bunch of illegal immigrants inside a homemade Confederate flag net!

Let's face it: nothing the woman has said or done can be considered "racist," unless you count the time she picked apples and made a pie with them (at least 10% of the apples should be picked by a minority, or else you end up with a whites-only dessert). Labeling her a racist because she joined an organization opposing illegal immigration is nuts. Sure there are crazies in the Minutemen Civil Defense Corps; anybody who voluntarily sits in a lawnchair looking for invading Hispanics all day is, by pure definition, crazy. But the core theory claiming the US should follow its own illegal immigration laws is fairly common sense.

This whole "guilt through vague third party association" is beyond nutty, and even if it wasn't, it's the BOARD OF PARKS AND RECREATION for crying out loud. We're talking about a $15 million argument over some lady who eats at The Cracker Barrel and is in charge of removing gum from water fountains. La Raza and the NAACP should be spending their time and money addressing real problems instead of manufacturing inconsequential, meaningless targets who won't affect the people they're "defending" in any possible way. Maybe they can spend a few million bucks researching A NEW, MORE EFFECTIVE TYPE OF BIG RED CAPITAL LETTERS LETTING PEOPLE KNOW THEY'RE RACIST.