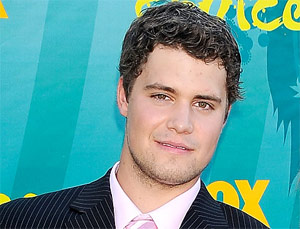 this is me straight chumping keith oberon dude looks like a 50 year old lesbian dressed like a mobster I straight rock the pinsWhich is all just part of the reason why I am seeking joint (pun motherfucking intended) custody of my beautiful babies. Goddamn. Train them up right. I will fucking raise them up like a pokemen. Teach them tricks and how to kick and run, lightning attacks, get them going. Motivate them. Yall think Todd motivates them? Wearing around a robe all day like he's big lewbosksi, letting the robe hang open so everybody can see he's got no body hair at all, like a 10 year old or something.

What the fuck? Creepy motherfucker. Sometimes when I was in your house I would look up in the hallways thinking I would see him all pushed up on the ceiling like a ninja got brazilianed out of his pajamas.

By the way why was his body always so wet? Like he greased it to go down a slide or something. Was he trying to slide under doorways?

Anyways. I talked to yall about playgirl. Despite some happenings with hotels being bitches about it like I'm going to swing my junk around and break stuff everything is cool. I am definitely on board for full frontal. They shot down all my ideas about having me banging broads and doing it in jet fighter planes, I was like why dont you get that broad from the tv show who makes fun of mrs palin and I can straight up blast a load on her face but they were like "I think shes booked." The deal is I said I'm cool with that, as long as this playgirl thing is nothing gay.

I am just kidding yall think I am dumb as shit like I just accidentally decided to hang out with that mummy lady from the Kathie Griffons show. Of course I know its all gay as heck, but I am an entropronour so of course I will pretend like I don't know and then take pictures for gay dudes. I am hot as hell of course dudes are gay for me and of course they love me because I am like the arch enemy of Sarah Palin who hates gay people and wants to drive tanks over them and shit.

Finally, Mrs. Palin went on Oprah show, which is the ultimate show I guess for women to trash talk on perfectly innocent dudes like me. I haven't heard the transcripts yet of what happened but the word is she bagged on me, which is no surprise because she is jealous as fuck. 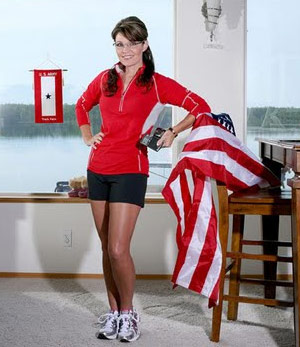 yeah real sexy way to go blue star mom way to disrespect the flag ps her office smells like farts and she laughs and rips them real loudMrs. Palin, yall are sad. You are just sad. Going around telling people to talk about god on money and charging fees just to talk to people. You realize you and me have the exact identical job now? You write facebook updates and I write this article, only mine fucking owns and yours is all bullshit like "here's what I think about what barck obama just said" bitch nobody CARES what you think. And that ain't no anti feminisht shit either. You are just the dumbest motherfucker ever. You could feed paint chips to Turk until he is so retarded he passes out looking at numbers and he still could figure shit out better than you.

You didn't even know what a newspaper was! Katie Couric asking you about what you read and you were like "AHhhhhh what I didn't prepare for this question" gotcha media. Fuck you. Gotcha media is when inside edition edits it to look like you said you loved balls slamming your face, not when you can't name a newspaper you ever read. EVER READ. Not one. You would have been better off saying you read x-men comic books and then made a fart sound. That would have been better.

Go on Oprah and talk shit about me. I don't need Oprah. I'll fucking go on Politico or Hufflingtoon Post. They'd be glad to have my editorials. Bumping Grover Norquist out of there like anybody wants to read what his sesame street ass thinks about afghanistan. Hufflington? Oh shit is that dude from Spinal Tap writing another article about hurricane katrina what a fucking surprise. What Bill Marr thinks about vaccines, oh there is exactly what I want from the guy who got thrown out of playboy mansion for getting the coke shits in the grotto. More fucking idiots nobody cares about.

Me? The world is aching for Levi Johnston. It needs me. Mrs. Palin, the world just wants you to shut the fuck up.