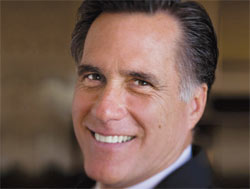 he come from franceNope. Because apparently Mitch Romney was there touring plastic bead factories. Then we went to some super boring dinner where it was tapas but all mitch romney could eat was this potato wedge thing because everything else was too spicy and he just kept talking about job creators like war heroes. I was like workers are pretty good too because they do everything and the table got super quiet and Donald Trump was like "guess what retard wrong workers receive the welfare of job creators and bankers who give them jobs and then use their 401ks to buy pieces of second-hand chinese loans on abandoned houses in Miami." Of course I didn't know what any of that meant so I just was like "oh man sorry I am pretty fucked up on speed right now excuse me I'll cut it with some downers excuse me while I go push a dope bullet up my shitter be right back."

That seemed to settle things down a little bit and I got up and went in the wrong door and it was Tagg romney and Turk romney and topher romney sitting in chairs staring at a wall and I was like "what up T-town any of you guys got any cocaine?" Tagg got all pissed off but Tooth was like "want to be a mormon?" and I was like well okay what is that all about.

Haha holy shit you will not believe what they told me. 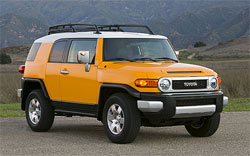 Never get into an FJ cruiser even at a dealership something bad is gonna happen.Turns out these fruitballs think there is this planet called Kolob which is the closest planet to heaven and literally physically next to god and that earth was created in orbit around Kolob and then sent to where it is now and this fucking dude joseph smith learned about it because there were some magic glasses or a triforce or something fuck if I know I was like bitch give me the brady guide for this shit I will play the fuck out of it and they were like "don't disrespect our blee bloo blah" and I was like "you just told me about a space planet and something about egyptian hierogylphs and Jesus being in missouri of course I respect that NOT if I could turn into a car right now I would be doing so many wild turf donuts on that shits yard."

Needless to say that went over like andrea dworkin at donald trumps special apartment for miss america contestants. I'm not sure who threw the first punch, I think it was Toots. I got a shirt up on one of those motherfuckers and tried to work the kidneys but they had some weird undershirt on and then I was getting loaded into an FJ Cruiser and immediately I got wary because I only know one dude who actually bought an FJ Cruiser and guess what, it was that lactonic motherfucker Todd Palin! He was like "we meet again" and I was like "this ain't real" but I knew it was because he had that little harry potter scar in his eyebrow that he got from not being awesome at all on a snow machine. 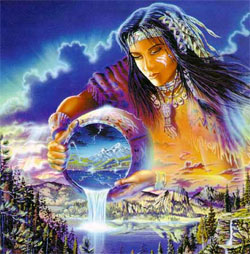 I'll be seeing you in your dreams...Turns out even though todd palin endorsed nude grinch he is actually some sort of splinter cell type deal for mitch romney. I don't know what any of it means but what it translates to is he drives around in his FJ cruiser and deals with problems. Which in this case was me. Normally I can yoke that smarmy salon tanned motherfucker but Tagg romney injected me with some shit he got from his family pyromancer or whatever and I was all dizzy as hell. Too bad for them they didn't account for the johnston family drug tolerance. todd palin had just barely put on his zipper mask when that shit wore off on me and i was like "I hope this thing can drive IN HELL" and slammed the gas down and drove it right for the side of the bridge.

Everything went dark. I thought for sure I was dead. But then I saw Toby, luminous like a jelly fish deep under the sea, and as he dragged his stink crayon all over it left a glowing path for me to follow. And I floated through the darkness until I felt tightness all around me, like a birth canal, like I was exiting my mother although actually she got a stand up c-section at the OTB to "keep her pussy straight" and so she didn't have to lose her place in line when she was betting her SSI on that cross eyed horse that always tricked her because lucky was in its name. And as the glowing semiotics of the spirit realm receded I resolved to a single being of flesh. And I was born again, into the ventilation above a Taco Bell/Pizza Hut combo restaurant, which I did not know they had in Las Vegas.

Long story short, I think I might be a shaman.