Yo what is up I-town? Let me guess...yall are still nasty as hell.

So first off I figure I should hit you with my baby name for my upcoming daughter premiere. It came down to Breeze Beretta Johnston and Akimbo FMG9s Johnston. It was real close, but since I already named the rescue pitbull we adopted SCAR-L I decided to go with Breeze to remind me of my favorite type of wind. Sunny also liked the name. She said its abockative which I guess means when you hear the name you think of a good thing.

Like enjoying a nice breeze and blasting some deers that tried to charge up on your camp and even though you're at your tag limit you drop a fresh mag in your nine mil and you're like "them or me motherfucker" and you straight blaze down on an entire legion of deers doing max payne bullet time shit on them.

I think it's a pretty sweet name and if you don't like it fucking paris hilton and tmzs well guess what: eat a donkey dick. Yeah you heard me rainbow shrek go chow down on donkey dingus if you want to draw arrows on sunny's face and call me babydaddy like I can't straight up pull a hollister shirt up on a bitch and throw you over the side of the booze cruise railing faster than you can tweet will.i.am. 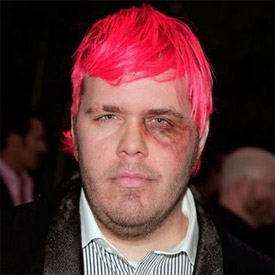 Just because I will beat a gay dude half to death does not mean I would beat all gay dudes. Like I don't "see" gayness. I just see dudes who need to get shoved in an oil drum and rolled down a mountain.Now speaking of giant homos, good news for homos: President Obama supports gay marriage. As a long time probonunts of gay marriage I was myself really happy to hear the news that our muslim president finally joined the 21st century. Since I was asked by Kathy Griffin while we were playing skeetball in our underwear at a gay disco for her TV show back a couple years ago, yes, I supported gay marriages. I saw the movie Bound late night on Showtime and I think there is no reason those two chicks shouldn't be able to marry each other.

Then after I hear this news about Obama wanting gays married it cuts to these two old fat dudes kissing each other and I was like WTF what is this??? Nobody told me this was part of the deal. I mean hot lesbos marrying, maybe even like one hot lesbo marrying one ellen lesbo is okay, but two dudes marrying I never even comtempslated.

I'm not a homophobic, don't get me wrong I did butt pictures for a gay magazine or what I thought was like a magazine for MILFs or something but turned out was a gay magazine, but there is a big difference between a bunch of dudes jerking off to your magazine pictures and then two grandpa vietnam vets making out on CNN. I was like hold the corduroy chauffeurs cap and carnation in your lapel, don lemon, this shit wasn't part of the bargain. 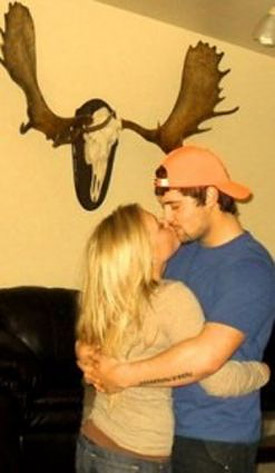 Me and sunny are a perfect couple and we will probably be together forever or at least like 10 to 12 months. Unless a parrot comes along that can make the exact sound of me revving a 4x4 motor super loud. That would be hilarious.But then I got to thinking about it. I mean, like, if Santa Claus wanted to drill pipe on Mrs. Claus that is cool, but are we going to deny Santa Claus the happiness of marrying like, fuck, I don't know some elf twink dude? If he wants to stay late at the toy factory and get a grip on Legolasses unit the only shit he should worry about is some workplace lawsuit. Actually that's fucked up, because the elves are like slaves to santa claus, and they're tiny, so it's like basically when some creepy old british dude from a prog rock band flies to Thailand and tries to buy a 14 year old and smuggle him back to Chipping Whipplecombe inside a carry-on bag.

So Santa Claus has nobody he should gay marry ever, but you get my point. If Santa Claus can fight and die openly for our country he should be able to marry whoever he chooses, even if it's a reindeer.

Which I guess is what's next. That's what they said on Fox Nation on my RSS feeds, which is basically that and Paula Dean recipes for sandwiches with butterscotch and updates to this tumblr where a guy cuts up old hard cover books to create relief maps of video game locations.

Does anybody know what a Pinterest is? My mom keeps telling me to go on there do they like sell drugs or something? If I can get that ear medicine for babies that will make you experience a death dream if you inject it then I will go on pinternets or whatever right fucking now. That shit is called van-go and they say it beats DMT but it costs like two hundred for barely enough to make you see a ghost indian for ten minutes. I straight up want some fucking koyaanisqatsi shit to happen I bought a tuvan throat singing album and everything.

Anyway, I digremps... Now that President Obama made it so gay people can get married by ship captains they're going to have to force ship captains to marry dogs to people. I think that's pretty cool. I hope if SCAR-L lives to be 17 he can marry one of Breeze's hot classmates at whatever creepy private christian school exists instead of a high school by 2029.

If I had it to do all over again I might marry an animal. But not like a dog or a horse or something, I would marry something wicked as hell like Taz. Or like I would marry a termite queen so I could control termites. Would you get their animal powers? How does that work?

I guess I need to ask a ship's captain.