What the fuck is up? Hell yeah. Gotta get get. I don't even know what that means, but I can't stop saying it.

Shiiiit I have been busy as fuck. Just got back from LA with my manager Tank. I gotta save that story for another time, but we had a fun as fuck time.

Right now I got a lot to talk about on the agenda today, cuz as usual I am at the netflix of current events, so let me get straight to the point of it.

Because, obviously, first of all, number one: the new section thing for the article.

You can see I got a sweet new logo. I designed it myself. Not, like, actually. They got computers and shit to do that. And actually they took a shit on my design so fuck them.

When they said I was getting a section for my editorials they said I got to pick a logo so I sent them this:

My idea was for me to write editorials about fucking. Like help people with stories about how I lay broads out and make it so they can't pee straight anymore. They could read about, I don't know, techniques and shit. Like pleasure moves. 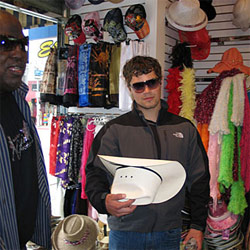 Whatever. So here we are, niggers. Ground zero of the Johnston revolution. Welcome to the a-bomb of truth and articles and whatever.

So, I am fired up right now, and as you may have interped from the column head thing at the top this is an article about a certain douchebag who has been apologizing. You might have heard of him: David Letterman.

This fucking guy, right? This liberal elitist from all the way down in Indiana thinks he is all high and mighty cuz he got a degree from Ball State. Bitch, whatever. I got my Masters from Baller State. That's some ivory league shit.