This shit is coming out like yesterday or tomorrow or some shit just go get itWhat up dirty internet freaks?

Your intrebid motherfucker here filing some sort of in the field bullshit on the lame and super gay badness that just went down tonight with the Republican dudes. Some sort of debate underneath a jet plane or something fuck if I know. I'm only covering this as like an excuse to promo my book Deer in the Headlights something something which is coming out in a day or a week I can't remember which exactly.

I wrote it down on a receipt when Tank my sometimes management told me over the phone but then I forgot to wear those pants out here because they said there was a pool at the hotel and so I wore my swim trunks which only has one of those locker key pockets so whatever just buy it tomorrow.

Anyway basically my job was to fly out to California to this place called Simi Valley which I only ever heard of because of Ice Cube but instead of constant drive bys its just like these mountains out in the middle of fucking nowhere and a bunch of weird old leathery white people driving mint hummers around like anybody still drives those things. Looking like rappers from 1997. Even the Army got a new truck dudes. 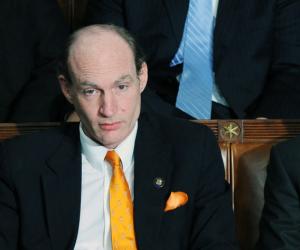 this is the dude I beat the shit out of sorry dude maybe you wouldn't have got your nose pancaked if you didn't look like one of them creepy underground dudes that tried to steal don johnsons jizz in boy and his dog Im sorry your society is dying but thats no excuseSo they wouldn't let me into watch the debate because they said I needed some sort of special pass and probably had to donate my entire pardeeum to buying bowties for dudes from the heritage foundation no thanks. I went over to the circle K and bought some gold paint and lunch sacks and redecorated the sinuses if you know what I mean. Straight on fume wizard shit man I thought Brian Williams was a fantasy king of old and I battled a troll that turned out to be some ball-ugly congressman named like Thaddeus Cockholes. Yoked his ugly ass and wet his nose through his shirt but then they chased me off the lot so I did the hissing paint dance with some skaters at a Wal Mart.

I went back just as the debate was getting over and I hid in one of the gift baskets Gretyl Van Superslams was giving to the candidates and snuck into the "spin room." I pissed a lot of dudes off from the press because I kept putting people in headlocks and screaming and I probably had a gold beard from puff n stuff time but my alpha male aggressions landed me some key interviews with the candidates. 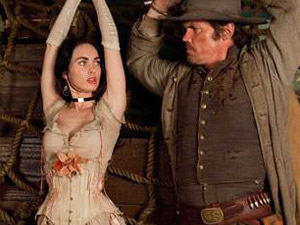 I dont know what it is about those coats and big skirts and shit but trust me that will come back into style as soon as the right dude puts it in a rap video do they still make rap videos? Ron Paul

Me and Ron Paul go way back from the time I crashed a dirt bike into his PT cruiser back in 08. I told him I had a book coming out and then I yelled something about google I think. He sort of laughed and said he liked my TV show and I said fuck you it was cathy griffins TV show and that anyway his stupid frizzy fro kid Randy Paul chokes on chodes. Then I started to punch my way out of the "gaggle" and fucking nailed Stephapopoluous right in the eye with an elbow. Then I had to fight my way back because I remembered Ron Paul was a pussy doctor and I yelled "hey does being a ditch doc mean you got like a prima guide to chowing a sideways smile?" No answer so basically this fucker is evasive.

He smoked me out. Raising Cain! Peace bro if you read this. Got nothing but the best to say about him we talked about True Grit and I convinced him it would have been better if there was a part where like a wild west prostitute lady gets her titties out. He said it should be Sibol Shepard whoever the fuck that is I was like you ever seen Johnny Hex? That shit had Megan Fox it was some gay wizard shit with cowboys but its got the goods for a couple nut tuggers in it. He also gave me a free pizza for life card but its from some place I've never heard of so whatever.