WELL WELL WELL LOOK WHO CAME DANCING BACK TO WASILLA 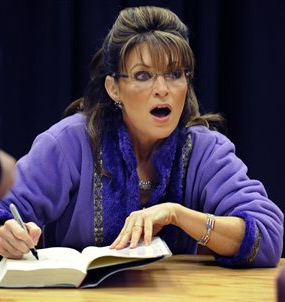 BOOK JUICE: Sarah and Todd were swingers in the 90s they went as the Nortons and were known for Todd just frigging watching while mrs. palin got drilled by more blacks than a license plate lathe in a prison.Well folks that's it. That's all I've got to talk about. That's all................except for Sarah Palin wrote another fucking book WTF. It's called Heartballs or something. How is that even possible Steven King up there you betcha. I haven't read that many emails in the time it took her to write two books so excuse me if I doubt the vernacity of her claims.

More like New Gingrich wrote some science fiction about time travel where a NYPD fireman and a hunter in west virginia go back to 1520 or whatever and fucking rescue custer preventing FDR from getting elected and Hitler turns out was a good dude and actually really nice it was all changed by FDR. Then Mrs. Palin gets ahold of it and the time travel is still there but most of the other shit like all the sex scenes between genius general Hugh Gemrich and the Indian Works-that-ass got turned into weird antidotes about that lactonic motherfucker Todd.

Lucky for yall I got my hands on some juicy samples of this book from the gallery and whatnot. Thought I would share them with my loyal fans. 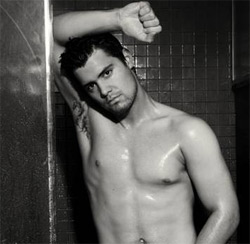 Did you need some help in the shower? I am an expert on lady showers.Mrs. Palin mentions me:

I was taking a shower toweling off my gigantic titties and messing around in my pee patch when fucking Levi Johnston that diesel fuckmachine busted into the bedroom on accident and saw my titties and ass. I was so horny after I yelled at him to get out I fucking took like a duraflame log out of the fireplace still on fire and everything and rode it like the dime horse outside the kmart. Gotdamn that boy is a stud I bet his unit is like at least 12 plus inches in length and also very girthy. He is surely a superlover. I'll have to find out one day......will I have to kill bristol? Maybe I can just lez out with her in a hot threeway. Gonna do that for sure because 24/7 I got to chow on the meow.

Bam. Told you she talks about me. This next one was one of Todd's dumbass hunting stories. Todd makes up all his hunting stories and pretty much he lies about everything but he has no emotion muscles in his face so you can't tell when he's lying. He's like a stone man if rocks could be gay for dudes.

Todd was being a gay asshole outside for a bunch probably digging up his buried rubber dicks like he does and he came into the house all dirty and sweaty. I was gonna ask him how many dicks he dug up in the yard but before I could say anything he interrupted me and said "I fucking shot a pegasus outside. I shot him with my .22 in the brainsack. Blew his fucking purple brains all over the place like a zombie movie." And I was like Shiiiiiiiit because that means Todd did something stupid again so I put on my coat and shoes and went outside to the horse barn and guess what: another dead mexican horse caretaker dude. Way to go todd. Way to effin go...... 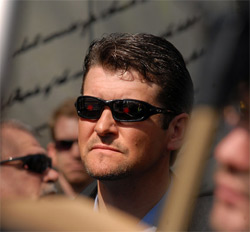 I've seen things you people wouldn't believe. Snow machines stuck in a river off the path on Mt. Oratio. I hid in the closet and watched wet spots glitter in the dark near the spot where my kids came out. All these moments will be in the next book, like copy-edited facebook posts......time to creep.." Way to go fucking mark twain.

Last excerpt I got to share is from page 69. Before she was a big celebrity and governor and mayor Sarah Palin was struggling to find her way in life. Before she became a sports reporter she spent some time as an inventor. But because she is so stupid she cut up her hand on a glue stick you can bet her inventions weren't really that solid.

Dear Mr. Diary, it's me Mrs. Palin. I did it. Eurega! I built my mfing robot. 1987 is going to be a good year because I'm still young and super hot and I invented a robot. My robot is called TDD PLN and it is programmed to be an excellent snow machine pilot. Never get in a wreck.

Dear Mr. Diary, robot entry number two, bullshit robot is screwed. It constantly is wrecking its snow machine into the gaybars and dicks keep going at his bearded up robot face. Also his programs and shit hacked up and he keeps being a horrible shot and he can't punch worth a damn and he is a terrible lover.

Some dudes got sued up by the Palins for trying to leak their book shit and I don't know if this stupid book is even out but whatever. Honestly I am so high right now I can't even see colors anymore. It's pretty much like that movie where everything is black and white except for a couple people. Shindler List I think it was. Fucking awesome gun fights in that one part dudes just wailing on little kids with machineguns like aeon flux or some shit.