BRISTOL THE STARS ARE DANCING AT YOU NOT WITH YOU

You may have surminesed that you have been hearing a lot from me lately. I know you're just glad to have every gristly inch, but there is a reason: my shit is in the news non-stop. And I got issues. Serious matters to discuss.

First of all Tom Jensen, this is a message to you: I have known a lot of low-down, dirty, no-good, bitch assholes in my day, but you have got to be the biggest bitch asshole of them all. When god was handing out bitch assholes he started with you and was like well everybody else go home sorry I gave all the bitch asshole to Tom Jensen, fucker. If I ever see you in person I am going to chase you into an alley with my 4x4 and untuck that polo over your head and go nuts on your midriff until it looks like Rhianna's flickr from 2009.

Tom, you know why I am calling your shit out on the table, but all these other folks are like "what the fuck who is this terrible bitch tom jensen he must be really shitty" and they are way right, but I owe them an explanation. You see tom jensen runs PPP which stands for public policy polling. These dudes are way outlying about everything and their margin of error is like +/- 100% because their shit is wrong. To give you an example of one of their shitty, wrong polls I'll just randomly choose one:

Edwards' 15/72 favorability on our January North Carolina poll had set the initial record for futility but Johnston matches the 72% unfavorable number while only 6% of Alaskans see him in a positive light. Those poll numbers probably don't bode too well for his Wasilla Mayoral candidacy. 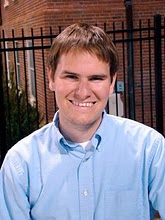 Whoaa tom jonson I bet you're getting CRAZY laid with blueshirt. Girls go crazy for blueshirt with rumpled collar and a haircut from a baby in 1988. Also nice teeth horseman. Fuck you. Fucker.Oh haha thanks for trying to fuck up my TV career Tom Jensen, pro-blogger of PPP. Way to go is this like your version of when the keytar starts playing in Revenge of the Nerds and everyone is like whoa what is going on and then that dude from 30 something starts playing a violin all crazy? Yeah, because, no. I quit beating up nerds like 18 months ago. I stick up for the little guy now, so you're like the dude at the greek council using procebural methods to deny the nerds their fraternity house and I'm like the cool black dudes who didn't want to hear the nerds but because they had one black guy in the house they give them a charter. BTW, Revenge of the Nerds constantly records on my tivo and I don't even know what a tivo is. I just turn on my TV and it goes pop-pop-pop and then it lists this and a bunch of episodes of guiding light and quincy.

Hang on, Todd Jensen you lactonic motherfucker, I'm not through with you yet. Because after you try to ruin my career with your polls bullshit you slanderize me with this:

It's hard to muster a favorability rating lower than 6%- that's about where the average person off the street we polled on a lark would be- so Johnson may hold this dubious distinction for a long time. Who besides like Hitler or Osama Bid Laden do you think we could poll who would be less popular in some particular state?

Oh haha Katt Williams, how about Todd Jimson? Let's poll your stupid ass, Osama Bin Hitler. I'd like to see your cross tabs on my poll you fuck. I bet your wording was like "do you like the villainous fucker levi johnston and if you say yes you're admitting to loving to have sex with your own dog over another person. You literally would rather have dog sex than human sex if you had the choice between the two. yes or no" That's how you people work. Well Jensen if you ever come near me I'm going to push pull your shirt over your head and drop you down a flight of mc escher stairs.

Second, Bristol, I heard you're neglecting our babies to pursue a career as a dumb hussy on TV, big surprise there since it runs in the family, what, twitter wasn't big enough for the both of you? Do you really think making yourself into a laughingstock on dancing with the stars is good for our babies? They have to grow up in america and you're going to be out there flopping around like an oiled pelican. And I saw your "modest dress" you're going to be wearing. 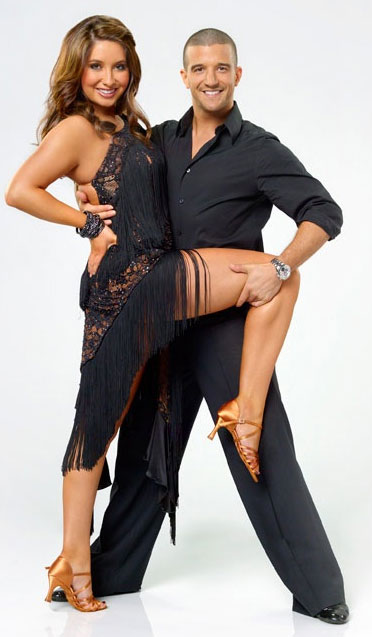 What is that, slut gypsy? You look like those things my grandma used to put on her coffee table only you're wearing less underwear. If that string on your back was any tighter your back fat would playdo fun factory itself into a pile of spaghetti. Maybe next time pants it up since your legs have the muscle tone of a pudding pie. Do you think Tripp is going to like going to the baby school and hearing an earful about how mommy catch-of-the-day flopped herself across the stage? How is Turg going to feel when the other giant, dangerous babies at the special school break out of their magneto rooms and start making hooting noises about when you fell in your heels?

I'm begging you. Don't do this. I promise I will stop updating my facebook status with whether or not my fingers stink. Think of our children.