There's an old parable about a scorpion that needs to get across a river that is relevant to our first item on the list. I'm not sure why the scorpion needs to get across the river, maybe he has an appointment on the other side, maybe he's being chased by scorpion cops. The scorpion's motivation is irrelevant. He must get across this river. Unfortunately, scorpions are ill-equipped to cross rivers and are not widely known for their boat building skills.

In his desperation to get across this insurmountable obstacle, the scorpion comes across a frog. The scorpion introduces himself and asks the frog, "Seeing as you are an amphibian and capable of operating in both water and on land, would it be possible for you to ferry me across the river?" The frog is reluctant at first, wisely recognizing the painfully fatal sting the scorpion carries in its tail, but the scorpion persists and at last the frog agrees. 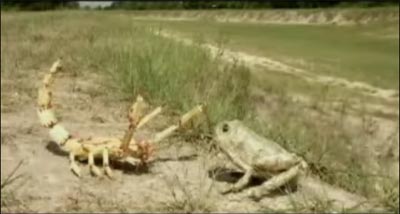 The scorpion climbs onto the back of the frog and together they begin their journey across the river. Things are going quite well as they approach the halfway point. With no warning the scorpion lashes out with its tail and stings the frog on the back. Crying out in pain the frog begins to sink into the river.

"I'm sorry," the scorpion replies. "Just as it is your nature as a frog to swim across a river, it is my nature to sting. You cannot avoid your nature."

The two are swallowed up by the river and die. Minutes later the scorpion's mother arrives. 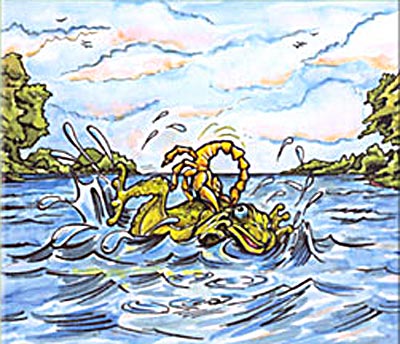 "Where is my baby?" She screams. "Has anyone seen my baby!?"

A bird is drawn to the racket and tells the scorpion's mother what has happened.

"How can this be!?" The scorpion's mother wails. "How could they just let those frogs give rides when they're unsafe? And you, Mister Bird, you just sat in your tree and watched my baby drown? This is unthinkable! There should be warning labels on frogs and they should have to hand out life jackets!"

"I agree," agrees another scorpion mother, "this is an outrage! We have to do something about this!"

"But it was a stupid mistake your baby made!" Objects the raccoon as he has overheard the exchange.

"How dare you talk about her baby like that!?" Screams the second scorpion mother. "Don't listen to him, Stingy! We're going to scuttle all the way to the statehouse with this and demand they ban all frogs."

And so they did, and all frogs were banned forever from the side of rivers where they might otherwise entice impressionable young scorpions onto their backs.

For, you see, just as it is the frog's nature to swim and the scorpion's nature to sting, it is the outraged mother's nature to demand every stupid child be wrapped in a mile-thick blanket of safety regardless of the expense. The slightest joke is an intolerable affront to her child. 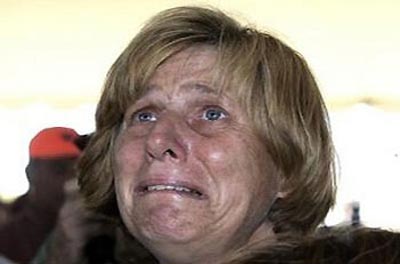 From zippers to videogames, from detergent to Catcher in the Rye, the outraged mother's poor child is constantly in mortal and spiritual peril. The wrong bicycle might transform her baby into a lifelong cripple and the wrong word on the radio might just turn them into a degenerate rapist. Her answer to all threats is an avalanche of warning labels and stickers followed by outright bans. Constitutional rights and the enjoyment and betterment of mankind mean nothing if some tainted influence could penetrate her child's cocoon.

If it weren't a biological imperative for some mothers to become indignant at every slight physical risk or corrupting force then the outraged mother would shoot to the top of the list of most awful minorities. It is the world's responsibility, not her own, to ensure the constant safety of her child. Her overbearing self-righteousness is truly a thing to be hated and feared.