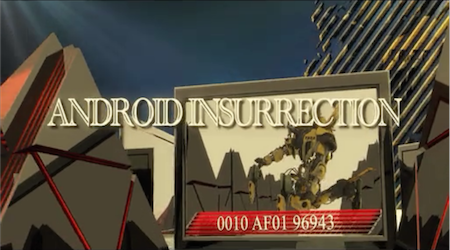 Overview: A bunch of insufferable teenagers with nerf guns run around the same three rooms over and over pretending to smoke cigarettes and not notice the giant 80 ton spider stalking them everywhere, because Ginger Hitler told them to, or something.

The Case Against: Conveniently available on Netflix instant streaming, which means there's no DVD to cathartically snap into pieces and burn after you're done watching. 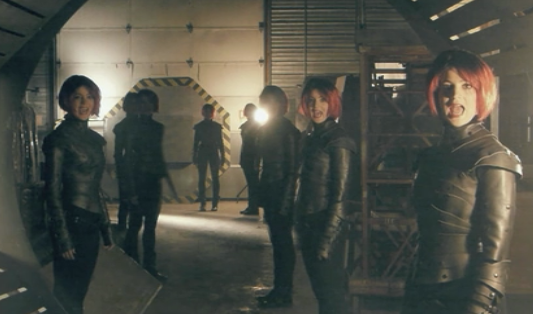 Trillaphon: Oh great, another Andrew Bellware movie. These things are like Recons with all the fun sucked out and replaced with the deep metaphysical ramblings of a D+ philosophy student who skimmed through a couple of Heinlein books once on ayahuasca.

Hydrogen: Well, we can't just leave these movies sitting out there unreviewed, otherwise poor, innocent people might see them and be driven to doing horrible things, like calling the Recon series "fun".

Trillaphon: At least they dialed back the nudity this time; I can still see horrible powdery areolas every time I shut my eyes after these guys' last outing.

Hydrogen: They dialed back a lot of things for Android Insurrection, which somehow makes it even harder to watch than Total Retribution. Nothing a little soundtrack adjustment can't fix, though:

Trillaphon: Obviously Andrew Bellware forgot the golden rule of filmmaking: if your movie has a big mechanical K'Nex spider stomping around hurting people, it had better have Kenneth Fucking Branagh riding on top of it cackling maniacally.

Hydrogen: Really though, a 43-ton mechanical jumping spider that loves to clank around the ceiling of a big, empty industrial warehouse, and every single fucking time it drops down nobody sees it coming?

Trillaphon: Maybe they all have rigid titanium necks that don't bend upwards.

Hydrogen: Maybe they're all goddamn mental midgets, just like everyone in charge of producing this steaming film pile.