Instead of taking a look at just one movie this week, we thought it'd be fun to try out a new feature we like to call Awful Movie Madness, where we (or you!) pick a common theme (e.g. disaster movies, Coolio, vampire masturbation etc.) and blast through a bunch of different ones to give you a taste of what they're all about and why you should never, ever watch them. It's a Known Fact that watching more movies makes you go more insane, and after nearly a year and a half here we're just not where we wanted to be, insanity-wise. Yet. 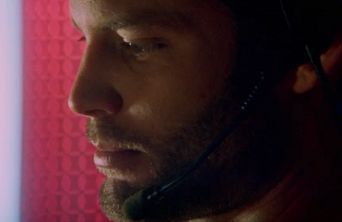 And who better to help shatter our already tenuous grip on reality than Johnny Rico himself? Yes, it's Casper van Dien--star of Starship Troopers, Starship Troopers 3, and about 8 zillion direct-to-DVD-bargain-bin catastrophes touching on subjects from the evils of computer automation and being British to the joys of acting like a crazy person and running like fuck from nature. We've already run across the darker side of Casper's acting career with the mid-air disaster movie Turbulent Skies, but that was only the beginning. With a rich, storied filmography containing nearly 100 credits, it wasn't easy for us to narrow it down to just five for this week. Well, actually it was really easy: we picked the worst five that are available for streaming on Netflix right now, so you the viewer can feel free to join the madness at home!

The Curse of King Tut's Tomb

If you've ever thought to yourself "Man, I sure would like to see another Indiana Jones movie, only this time made by The Hallmark Channel, and starring Johnny Rico!", your day has come, my friend. Our plucky, roguish action archaeologist knockoff is so faithful to the original that he literally walks around wearing a fucking Indiana Jones costume. Some of the similarities are so obvious and strikingly scene-for-scene that you'll find yourself constantly and loudly wondering how making a movie like this could even be legal[1]. 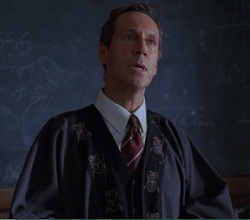 Cultural Anthropology 1301: Mummy’s the WordInstead of Nazis, Indiana Rico Johnny Jones has to do battle with a shadowy council of British people who threaten to cockblock his publishing/grave-robbing career on the cutting edge of the budding Extreme Egyptology field (and possibly bang his girlfriend, Carmen) at every turn. If like us you like to have some Nazis to round things out, you can pretty much just mentally post-produce Neil Patrick Harris in his Space SS uniform into every scene mind-melding with people to make their heads explode or whatever, works like a charm. Keep in mind that this is the Hallmark Channel we're talking about here, so don't expect to see any melting faces, sacrificial heart-ripping, high-stakes plane propeller pugilism, or Sean Connery Hindenberg hijinx. Just good old-fashioned corpse desecration peer-reviewed research...with an attitude.

[1] And not just for the duration of the movie, mind you. This question haunt you until your untimely death, most likely from suicide or Biblical Aryan Face-Melting Syndrome (BAFMS) - whichever comes first.