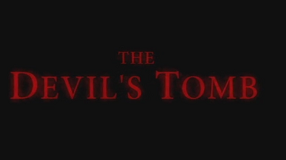 Overview: Cuba Gooding Jr. leads a squad of elite commandos into a terrible Resident Evil fanfic where Ron Perlman lives and is literally Satan, who--with the help of his race of evil psychic alien angels (no, really)--is trying to find a new host body or destroy the world with the gravity created by his face or something.

The Case For:Well, you can check "watch Ron Perlman beat up Cuba Gooding Jr." off of your "things I could never have imagined even thinking about seeing" bucket list.

The Case Against: Inexplicably, this movie managed to entrap not only Ron Perlman, but also Henry "Crazy Nazi Arsonist Guy" Rollins and Taryn "Half Sack's GF" Manning, so it's kind of like a psychotic Sons of Anarchy cast preunion/meltdown mixer. In other words, you'll never be able to watch Sons of Anarchy again without having uncontrollable flashbacks to this pile of shit.

We’ll be upfront: this movie probably has the highest production values of anything we could ever hope to watch here. Believe it or not, The Devil’s Tomb features not only moments of quality camerawork (and at least one or two real, actual cameras that aren’t held together with duct tape and chewing gum), actors who are generally pretty decent when they’re doing movies that aren’t this one, and lots of nifty gore effects involving more than just rubber novelty hands and literal buckets of simple syrup being thrown on people from directly off camera. Unfortunately, the director et al. were apparently so busy circlejerking over their horror-porn exploding face and brain matter makeup bonanza--and pretending they were really hanging out with Ron Perlman and Cuba Gooding Jr. without money being involved--that they forgot to actually read the script or try to come up with a story that wouldn’t get them laughed out of the back door at a discount halloween party store. So being the good-natured souls that we are, we decided to help them out with our own improved version!

ESTABLISHING SHOT: SAND, LOTS OF IT.

Hey sarge, did you ever stop to think about if we really shoot people, or if they, like, just run into our bullets?

Man, shut the fuck up, can't you see I'm trying to hacker this?

Wait a minute, I think I might've got somet...YES! Got it, we're in! The password was XXXXXX! I was sure we were screwed after their birthdays backwards didn't work...

Meanwhile, the other marines break off into 1-2 man groups in order to make themselves more convenient to kill and probably eat-fuck. Mission Japanese Hottie Be-er 2nd Lt. Yoshi RETSUDAI and Staff Sgt. Andale "WAHOO" Gonzalez search an empty room full of beds while trying not to kiss each other by accident, which would be really easy to do.

Oops, sorry lieutenant, didn't mean to almost kiss you there, I'm just so sweaty from looking under all these beds, I...

Hey, did I ever tell you about the Japanese fishing village where I grew up in Japan? It was a small, Japanese village just outside the city of Japan in the Japan-Nippon prefecture of northern Japan, and we were all Japanese so-