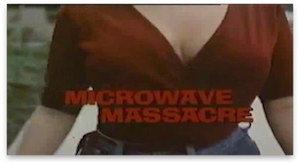 Overview: A fat obnoxious construction worker whose only friend in the world is a dead crab he carries around everywhere gets fed up with his wife's shitstink cooking and decides to murder and cannibalize her for refusing to make him a bologna sandwich. This transforms him into a soulless people-eating monster who can only get off by murdering hookers. Somehow a microwave is involved, kind of.

The Case For: If you like funk music, sexual intercourse, human contact of any kind, topless nude naked boob-titties, joy, sanity, or life in general, this movie will ruin all of those things for you forever. Yes, that's the good news.

The Case Against: Proudly bills itself as "The Worst Horror Movie of All Time," but it's more like a movie Mel Brooks made one time while he was stoned out of his gourd to make fun of this same movie, then realized this movie really sucked and made another movie to make fun of it, then threw them all in the garbage for some fat guy to find and tape over with the stupidest shit ever about microwaves. 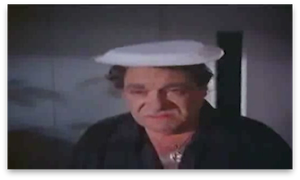 So, this is the part of the review where we tell you how self-evident everything in the movie is just based on the title. "Oh, Microwave Massacre, well it's a massacre involving a microwave, what did you expect?" But not this time. Nor are we going to describe all of the comedic alternate titles that would more accurately capture the spirit of the movie, titles like Booby Bistro Bologna Blowout or Falling Down 2: I Want Lunch, or perhaps Wacky Cannibal Wacky Joke Fest Extravaganza, By Way My Name-a Borat, Nice. We can't do any of those normal things because this isn't a normal film. We're only about 40% sure it's technically a movie at all. Watching Microwave Massacre is more like having an out-of-body experience, except instead of meeting God and flying among the stars, you just float above a third-rate comedy club for 70 minutes, becoming mildly intoxicated by the terrible jokes and the smell of Jagermeister.

But hey, if you get tired of smug, self-aware, yet painfully corny comedy bits, you can just close your eyes and bask in the sultry and innovative soundtrack, which includes such highlights as "Sultry Flute Rock Block on Local Community College Radio", "Joe's Dive Bar and Crab-Happy Strip-Stabbery Shack, with live vibraphone and slap bass nightly", and some sort of electronic breakdown nightmare which can only be described as "techno clown penis":

Boiled down to its most basic components, Microwave Massacre lives up to the second part of its name; the plot revolves around Jackie Vernon (famous for voicing Frosty the Snowman of all goddamn things), who is basically playing Rodney Dangerfield on a near-lethal amount of downers, going on a cannibalistic killing spree. But nobody is killed by a microwave, or mind-controlled by microwaves into slaughtering innocents. The titular appliance barely shows up at all. It's so superfluous that when Jackie pulls his wife's severed hand out of the freezer for a midnight snack, he just chows down on it frost and all, mere feet away from a microwave big enough to cook an entire pig. 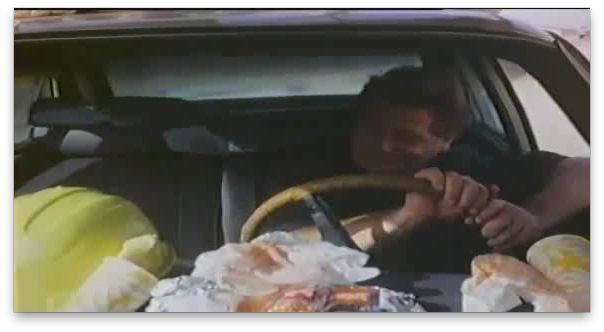 Pictured: the Hamburglar's getaway car.But we're getting ahead of ourselves. The lack of connection between the title and plot doesn't matter. None of this matters, because this movie isn't a story, it's just a barreling freight train of lame jokes and one-liners. The movie opens with a voluptuous technically un-naked woman, two breast-sized holes in a wooden construction-site fence, and a serious misunderstanding of how glory holes work, and none of this has anything to do with anything, it's just a terrible "joke".  Jackie carries a whole boiled crab around for ten minutes solid, just to make a lame joke about "having crabs" later on. The puns in this movie are so skin-peelingly dreadful they make Batman and Robin look like Rosencrantz and Guildenstern are Dead: