From Denmark With Love 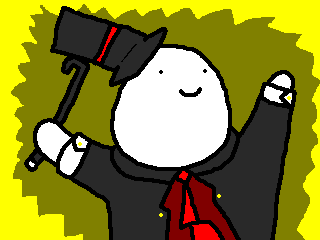 Once, in the distant past, I was a man of tremendous importance. I wore enormous cufflinks, hats, and egos with proper pomp and pretension. I hobnobbed with young men and ladies in certain special circles, feigning interest in their lives while suckling at their souls. I was the last of a dying breed.

I was, in short, a newspaperman.
Much like monarchies, high school newspapers enjoy largely unbroken and often incestuous lines of succession. Since the office of editor bequeathes unto its occupant a sacred duty to nurture knowledge, I was the wet nurse of the news, and in my time I broke countless courageous stories. "The Legendary Lunchlady Linda" provided a tearjerking glimpse into the life of our autistic mealtime matron, who made airplane noises before placing pizza on a plate. No tenured terror inspired fits of fear in the administration like I did. With an iron will and a fanatical readership which sometimes numbered as many as forty-seven, I was a force to be reckoned with.
And yet even my formidable publishing power quailed before the panoptic perception of modern media. With its fleets of vans, flocks of satellites, and armies of unemployed attention whores with cell phone cameras, news is now a twenty-four hour orgy of information. You wish to know whence cat macros arose? You wish to know whether John Edwards is the dreamiest Presidential candidate? You wish to know whether Paris Hilton's cavernous vagina presents a peril to migratory waterfowl? The answers are provided.

But what of the stories which escape the spotlight? Those abstruse anecdotes which, because of one Jewish conspiracy or another, will never cause a tender tear to trickle down Anderson Cooper's ceramic cheeks? 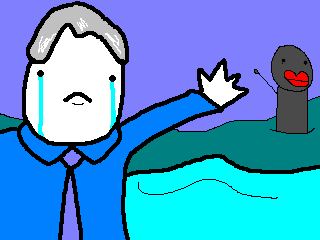 Were I not so devoted to trysting with truth, you might have lived out your life without knowing these interesting anecdotes. Fear not. In the heady days of my youth, I attended a student newspaper seminar staffed by some of New Hampshire's finest reporters. It was there that I learned the secret of good journalism.

You see, according to the keynote address, the secret to scribing is neither integrity nor comity nor impeccable penmanship. At least, not according to Mrs. Goldsmith, the assistant editor of a small New Hampshire weekly, who spoke softly, as if her words were reserved for my rapt and impressionable and acne-strewn ears.

No, the key to good journalism (said Mrs. Goldsmith huskily) is having the will to ignore the screaming mother of a small baby with a broken back, lying crying and crumpled and partially impaled upon the base of the towering bleachers from which it fell, in order to accurately and impassively photograph the scene for the front page of the Sunday paper. Why was this the key to good journalism? Because it is the method by which Mrs. Goldsmith was promoted to her position of power. In philosophy they call this post hoc, ergo propter hoc. In journalism, they call it business as usual.

I have never forgotten this.

And so, thusly delivered from the able hands of an apt instructor in the art of investigative journalism, I shall now provide you with a look back at the weeks that were. These are actual news stories that I have doggedly culled from the Internet, aided in my efforts only by the forums, a broadband internet connection, and a hearty dose of Xanax. I hope you enjoy them as only the truly vicarious can.

More News You Needn't Know Next