The Perilous Perils of Climate Calamity 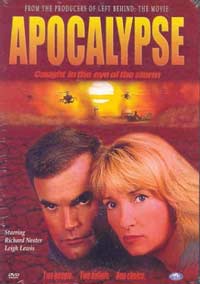 Things are not looking good.Recently, news broke that an official and fairly shocking Pentagon report had been suppressed for several months. The subject of this report was not about terrorism or the experimental super soldier serum Howard Dean took, but rather about the impending threat of massive climate shifts. Climate shifts, like most environmental threats including global warming, icecap melting, and leaving your lawn sprinklers on too much, stand to turn our world into either a vast desert wasteland, or a vast water world where we drink our own pee. I don't know about you, but I have no interest in drinking my urine or anybody else's urine, but I certainly do have an interest in living in a vast desert wasteland. Therefore, I welcome catastrophic climate change on the condition that it is not wet, but rather dry and arid, like a beached whale's blowhole. Having been nurtured on wasteland romance like "Mad Max" and the Don Johnson classic "A Boy and His Dog," I dream every night of roaming a desert and fighting radioactive spice racks. Finally, the government is catering to me, the people, and announcing some positive changes.

My lurid fantasies aside, the Pentagon's report is definitely a feel good read. Take this snippet from the Guardian, for example:

A secret report, suppressed by US defence chiefs and obtained by The Observer, warns that major European cities will be sunk beneath rising seas as Britain is plunged into a 'Siberian' climate by 2020. Nuclear conflict, mega-droughts, famine and widespread rioting will erupt across the world.

I'm never one to shy away from a compromise, and it seems like this doomsday scenario offers something for everyone. For those who enjoy the idea of a world beneath the sea, there will be a good deal of that. For those who enjoy deserts, well heck, there will be a plenty of that too! And with conditions being that bad, it's only a matter of time before you can add in religious cults, radioactive mutations, strange and arcane secret societies, colonies living in underground vaults, and every other apocalyptic cliché ever! In the chance that this report is accurate or even semi-accurate, we have an insanely bright future ahead of us. So what, in detail, did the Pentagon climate report say about changes in specific? 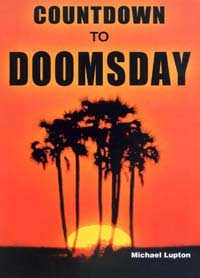 Blow me up long time.

The rainforests will evolve into a single organic entity that will devour nearby cities, producing mutant attack drones as waste. The phrase "save the rainforests" will be changed into "please stop the rainforests from eating my barn!"

Indiana will not change one bit, as it is already Hell on Earth.

England, in addition to turning into a Siberian wasteland, will fall below the sea level. Thankfully the sea level will also fall, so it will still be above land.

The growing environmental instability will lead to the extinction of fat guys with ponytails. Bald guys who wear shorts all the time will survive, but in diminished numbers.

Permafrost won't live up to its name, at least not when melted by the lava breath of the Great Dragon.

Gay marriage will finally be legalized, but unfortunately it will only be legal under the ocean and for dolphins and mermaids. 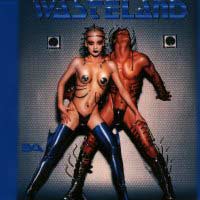 Famine will be so severe that Louie Anderson will lose 350 pounds, a third of his total weight.

With the destruction of most savanna biomes, the name "Savanna" will lose popularity, further decreasing the number of names available to strippers.

El Niño will return, but no one will notice due to the massive amount of death and suffering. What are you gonna do, El Niño, blow a little wind on our scabs?

Biodiversity will plummet, but gold will remain a steady investment. Do yourself a favor and invest in gold bars, gold coins, and Gold Bond triple action medicated powder now!

Auto racing will actually be entertaining to people who aren't hillbillies, but only because the losers will be tortured alive or die trying to escape.

Foghat will remain the favorite band of virtually every climate, while reruns of "M*A*S*H" will remain a favorite show of steppe, taiga, and alpine biomes.

The U.S. will become a veritable fortress and gird itself against the onslaught of immigrants seeking refuge. Among its chief defenses will be an armada of navy ships blasting Celine Dion music. Seafaring refugees will mistake the music for the songs of sirens and drown themselves.

Polar bears will become extinct, then, through the wonders of science, merge with the dodo and come back stronger and more delicious than ever.

Sadly, being the teases that they are, the Pentagon quickly downplayed the seriousness of the report, citing extensive drug use and philosophical jam sessions as being the major culprit in creating this future insanity. I wouldn't dismiss this report outright, because it's simply too good not to be true. Yes, my friends, the future will be as grand as a laser beam made out of high hopes and chocolate. Sure we may all die a gruesome death fighting for the last remaining peanuts in the world, but we have a chance to experience something wonderful. I say bring on the climate changes! Bring on the fun!

If you found this article to be incredibly short, well, I apologize. I'm sick as a duck with the flu and there is only so far you can take climate related humor before you want to put a gun to your head and turn your brains into wallpaper.

Howdy and hello everyone, this is Ben "Greatass" Platt with another movie review. That's right, movie reviews three Wednesdays in a row! Can you believe it? Either Lowtax must love you or I do (hint: it's not me), because we're in movie review overdrive! This week, take a gander at "Syngenor," a harrowing sci-fi monster movie starring a cast of friends, relatives, and gardeners are honest-to-God celebrities!

I did not expect to like this movie, but I have to say, after I watched it through once, I was pleasantly surprised. It turned out that I really didn't like this movie! "Syngenor" takes a jumbled mess of B-movie cliches and fucks them all up, one by one. The result is an ugly goulash of myriad failures that I have to imagine brings the cast and crew nothing but shame every morning when they look at themselves in the mirror. Realizing that their main plot could really only be stretched to about forty minutes of footage, screenwriters Michael Carmody and Brent V. Friedman throw in a convoluted subplot about office backstabbing and corporate maneuvering that gives some of the film's worst actors the chance to show off their uselessness. The best, and simultaneously worst thing about "Syngenor" is watching late character actor David Gale essentially rehash his role from "Re-Animator" while doing his best to prevent his jaw from closing. It's an odd acting choice, but the fact that it's an acting choice at all makes it an anomaly among the performances in this movie. If you're a fan of crappy rubber monsters and badly simulated terror, then rush out and rent "Syngenor." If you have higher standards than that and have nothing better to do with the next ten minutes of your life, then by all means read on, read on.

And just what is a Syngenor, you ask? It's the ultimate killer, and it's coming your way! The best way to be prepared is to read the review and learn its weaknesses, which are many and embarassing.