If a Writer Freelances in the Internet, Does It Make a Resume?

After high school, I took a few odd jobs before becoming a freelance writer. 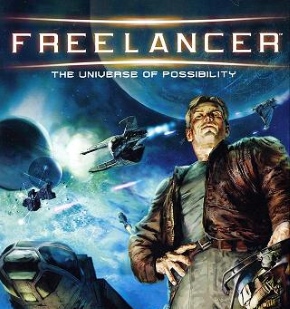 Pictured: Me, ten years ago, with absolutely no plan.There was the grocery store, where I stocked shelves and pretended to have no difficulty lifting heavy boxes when girls were nearby. Occasionally I ran a cash register. Well, it's more accurate to say I stood behind a cash register in a constant state of panic about not scanning cans of vienna sausages quickly enough.

One morning a widening pool of gasoline formed beneath an old car in the parking lot. My manager urged me to grab a bag of cat litter to contain the leak and minimize the chance of a fire. I sprinted away, then turned back and - in a moment of absolute sincerity - asked him which brand.

Then came a vague computer consultation company I started with a friend. After all, I loved building gaming PCs, which made me an expert in all things computer-y. It lasted one day. Our first client pointed us to a scam site selling website templates for $600. She had purchased one and wanted us to "make it work". Did she want us to personalize the site template for her? No. Did she want us to set her up with hosting and domain name registration? No. We spent an afternoon in her living room before walking away without charging her a cent. To this day I do not understand what she was asking.

One day I wrote something silly on the internet and someone sent me a check. Fate had brought the great wheel of the universe to a halt and leaned in to give my forehead a smooch. I was doing what I loved. The money would get better.

It didn't. I've made just enough to get by, and that's about it. Now I'm in my thirties. I need an actual living wage and some sort of job security, since I can't quite build a future on the $20 per full-length article that a respected and popular video game website actually offered me a few months ago.

My first instinct is to break into the video game industry. It's something I know and care about. I'm a creative person, good with computers and able to learn new tools quickly. I could tackle story beats, dialog, patch notes, press releases, or even descriptions for inventory items like Ham Fragment 3 (of 20). I'd start at the bottom and move to a haunted house in Terribletown for the pleasure of doing so.

The thing is, without a college degree you need experience on your resume to stand out. I've been writing and thinking critically about video games for the last ten years. That seems like it might count for something. Most of my articles contain jokes, though, like If Films Were Reviewed Like Video Games and this piece about Desmond being a terrible assassin. Articles with jokes are worthless. They're 1/10th as valuable as two straightforward paragraphs introducing a press release, or 1/1000th as valuable as a video of someone sitting in a jetfighter chair making silly faces and screaming at an early access survival game they're secretly being paid to promote.

In fact, the last ten years of freelancing have the exact same impact as scribbling "Nevermind, this was probably a mistake," on my resume, on the line where my contact information should be.

Fortunately, I have a plan. When I run out of video game companies to amuse with my application, I'll move on to places less likely to hire me, like pen and paper RPG makers and board game manufacturers. My two-month plan will culminate in the futile act of throwing myself into an active volcano or Code Samurai Guaranteed Career Programming Boot Camp, whichever seems worse at the time.