I Am the Answer Man Again

We're starting to get some damn good entries for "The 2004 J-List and Something Awful Mega Kawaii Contest Prize Bucks Super-Saiyan Extravaganza!" but don't let that discourage you. You're better than them! I mean really, who do those arrogant pricks think they are?! Trying to claim your prize?! You'll show them!

I Am the Answer Man Again 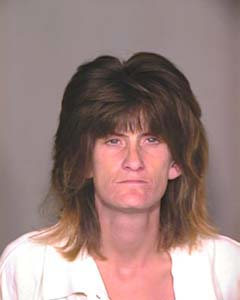 Aslan has no answers.Surprise, it's Zack! Greasnin contacted me to let me know that he would be busy drinking and whoring this Sunday and needed me to cover for him. The good news is that you don't have to read an update by Greasnin, the bad news is that I am going to answer all of the reader questions I received since Friday's Answer Man column. I hope you like FAQs!

Q. "Who would win in a duel? Captain Planet, or Patrick Swayze?" - steeeeve

A. Patrick Swayze would win because Captain Planet is so afraid of being gay he won't touch another man, whereas Patrick Swayze is so secure in his masculinity and sexuality he will gladly lick taint. I mean seriously, the guy will lick taint if you ask him what time it is. On the set of "Roadhouse" his nickname was Taintrick Taintze.

Q. "Should I stay or should I go?" - Skeightterbouy

A. You have only moments before the bomb goes off so don't even bother trying to flee. I suggest using the time to hug a loved one and say you're sorry for all of the wrong you have done.

A. Babies occur naturally in and around deep-ocean geothermal vents.

Q. "Which is more fitting of capital punishment: Genocide or having a "Star Trek" themed wedding, with a full star fleet uniform dress code and the exchanging of vows in Klingon?" - pinkfreud

Q. "How do you propose to achieve peace in the Middle East?" - VN

A. Peace can be achieved in the Middle East with ease if the nations involved would be willing to try out my patented "Five Steps to More Peace" method.Whoops!! Guess that was my patented "Six Steps to Brighter Hair Colors" method. Maybe next time.

Q. "Why do most of the recent SA updates take the form of lists?" - Masu Ka

A. Why are you so ugly and fat and such a jerk and a dumby? Huh? Answer that you dumb jerk?! 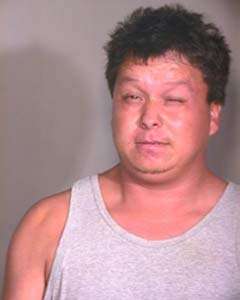 This guy may have a few answers.Q. "Why when I look at John Kerry do I think "BRAINS!!!"?" - jacksonlefteye

A. John Kerry is The Pumpkin Prince. Coming soon to a theatre near you.

Q. "Why does everybody always pick on me, but not my scabs?" - Josh

A. Your scabs are well-built and aggressive. You're a 98lb sadsack waiting to be used as a doormat.

Q. "Will you marble me a kitten snack?" - Christopher

A. I am the new Number Two. You are Number SUCKS.

Q. "Who is your daddy and what does he do?" - Totiedog

A. Emperor Nascus and he rules over the Five Kingdoms of Konreall with his Crimson Templars.

Q. "I met this girl about 2 years ago and we became real good friends. The best. But the whole time I wanned to bone her silly like nobody's business but she's got this steady boyfriend who's a total dick and he treats her no good and just doesn't understand her the way I do and I'd treat her soooo much better if she saw how I felt and gave me a chance, but now she's getting married to the dick in a few weeks and she wants me at the goddamn wedding to wish them well! So my question is: Does San Dimas Highschool football actually rule?" - Tyrone

A. No, San Dimas highschool football couldn't win a match against a team composed of hydrocephallic flipper babies with instantly fatal auto-immune disorders.

Q. "What is this grey liquid pouring out of all my orifices? And mommy can I feed baby Jesus?" - Deuces

A. That grey liquid is called "dignity" and it falls out of you every time you open your stupid mouth. As for baby Jesus, fine, if you have to, just not after midnight and DON'T GET HIM WET.

Q. "Who were the "troubadors who get killed befor they reached Bombay" in the Rolling Stones song "Sympathy for the Devil"?" - Rob

A. Probably robots, but there is a chance they were some type of sentient plants.

Q. "Does a bear shit in the woods?" - Dundershoe

A. Only when there is a line at the rest stop bathroom.

A. Diesel exhaust and mango chutney. 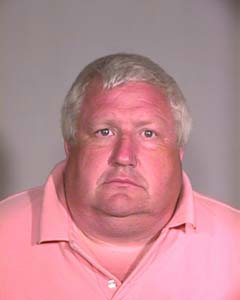 Probably a lot of answers here, but he's not giving them out free.Q. "Where in the world is Carmen Sandiego?" - CodeJockey

A. Most of her is sealed in concrete at the base of the Vietnam Veterans Memorial, but I like to keep her face where it belongs; nailed to my wall in a frame made out of lacquered human hair.

Q. "Why do people wash their hands after they go to the bathroom?" - Rev. Drake Domundo

A. They're afraid God will see their lies.

Q. "If fat people were made of jelly, would society approve of bottling and selling their innards once they die?" - exhar

A. IF?! We are made of jelly and we are coming for you exhar. Sweet, delicious, exhar.

Q. "This is a rhetorical question. Please don't answer it." - hubb

A. Mostly during the weekends, but for you any time.

A. I'm pretty busy with this Kraken, so if you'd like to lend a hand there Odysseus, I can get around to answering you.

Q. "Which part of the SS dress uniform do you wear most often?" - Bozo Texino

A. The lace cravat.

Q. "What Warhammer 40k army should I collect?" - Francis

A. I would either go with The Hot Dog Patrol or a bunch of river rocks painted with rainbows that you call The Hurdy-Gurdy Chapter of Space Marines.

A. Every time I pick up my phone to call you the phone starts crying and it just breaks my heart.

That's the last time I ever do that! I'm SICK TO DEATH of answering your fool questions. Don't ever e-mail me again.

Hello internet friends, Zachary "Spokker Jones" Gutierrez here. I often wonder if kids were as dumb before the internet was created as they are today. Back in the early 1900s, did children speak as incomprehensible as they do on the internet? Did anyone ever say, "hey u fags, u wanna play stickball.???" and reply with "no fag, that's for n00bs"? No, no they didn't. I know because I have been to the 1900s. Let me tell you, kids were more courteous in those days. Life was also much different back then. At age 11 you had a job. At age 18 you were married. And at age 40 you died. Kids didn't have time to be drooling idiots, they were working. Long before they could ever talk the weight of the world had crushed their spirits. Today's silly "child labor laws" have changed all that. Kids have more free time to act like goddamn morons and pollute our internet with incredibly incoherent rants such as this.

There is absolutely no rhyme or reason to it! It makes me angry! It should make you angry too. Tell Washington you want the children working in the coal mines just like the good old days. Our future depends upon it.