An Official Statement from the Desk of Senator Blackridge 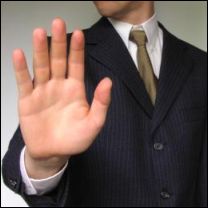 With that aside, here is, to the best of my knowledge, the truth about recent events:

Yes, I did in fact keep and raise chickens in my official Washington office.

In my defense, this was only as a favor for a buddy of mine in the Department Of Agriculture. He assured me they would be used for a campaign to raise awareness about American farmers and not, as it turned out, for secret cock-fighting rounds in the Senate's lounge. I am profoundly sorry for this mistake, as well as the significant cleaning bill left for the next occupant of my offices.

Yes, my home in Georgetown was used as a private whorehouse for my Senate friends.

Again, this was entirely without my knowledge. Senator Henderson simply asked me to host a few friends of his daughter while they were staying in town. Mr. Henderson is a close colleague of mine, and I could not refuse. It seemed only natural for Senator Henderson along with several other senators to bring his daughter over to see her friends. While the constant physical contact between Mr. Henderson and his "daughter" did seem highly unorthodox, I assumed it was simply one of these new lifestyle choices I'd been hearing about.

I don't know how that rumor got started. The DMV impounding my car was the result of a mix-up in paperwork at the regional office, a mistake I have been told will be entirely cleared up in a matter of only a few years.

The Church of Satan isn't an actual religion, but more of a casual social group.

We don't worship Satan in any serious way. It's just a weekend thing to let off some steam. Some people go surfing or collect coins, I cut my palms and offer up my blood to the damnation of the Earth. It in no way affected by duties as senator, and I had absolutely nothing to do with the sudden rise of missing children in my state.

Furthermore, I will take this time to insist once again that Senator Henderson and I never once founded any group called "The Black-hearted Brotherhood of the Apocalypse" nor did we photocopy fliers for this group using senate funds.

That bong was not mine.

Perhaps Senator Henderson left it in my desk. He always seemed like a bad sort.

Yes, I did rob the San Francisco branch of Wells Fargo in order to secure campaign funds.

This was due to a mistake on my lawyer's part. He and I were working our way through the rather difficult legalese surrounding campaign finance law, and he implied that the easiest loophole to work with involved the aforementioned heist. It was only after he took most of the loot and escaped to Mexico that I discovered my lawyer was not a lawyer but was in fact Johnny "Goatripper" Mendoza, the infamous bank robber.

I deeply regret this error.

I also robbed the Sacramento branch of Washington Mutual.

I also stole a TV from the living room of Mr. Matthew and Mrs. Janice Edwin's house.

I have no excuse for this one.

Ok, I did give a speech in which I said "the US government will be brought to its knees before the might of my anarchist army. Death to the President!"

This is what really bothers me about the media these days. A politician can't say anything without it getting slapped up on all the 24 hour news networks completely out of context along with entirely inappropriate calls for a surgical military strike on that politician's house.

The above remarks were simply part of a joke I was telling, in which I said "Man, how horrible would it be if I got up here and said that the US government will be brought to its knees before the might of my anarchist army. Death to the President! Ha ha, but seriously folks."

Senator Henderson and I did not threaten the Vice-President with "the fury of a Hell gone mad clawing its way up from the earth to swallow you whole."

I refuse to even respond to this accusation. It's ridiculous.

Besides, the wording of that resembles no possible incantation, and the extent of preparation required to really bring up a proper storm of fury from hell would be both inconvenient and cost prohibitive. I'm not sure what Senator Henderson did on his own time, but I know if I really wanted to scare someone I certainly wouldn't make idle threats I couldn't back up and instead would probably just summon up a flayer demon or get the IRS to harass them.

Senator Henderson and I were not trying to steal the First Lady's ovaries for use in our own foul experiments.

I deny completely taking part in a plan that would have brought any harm to the lovely First Lady. What kind of gentleman would I be to have such designs on a lady's most personal organs? A stomach or heart is another matter, but I digress.

I must admit that Mr. Henderson's unfortunate confession to this accusation proved most inconvenient to me. But I would like to take this time to emphasize that no criminal charges were ever brought against me, and Mr. Henderson and I have since reconciled as friends despite his annoying betrayal.

I have no knowledge as to the circumstances surrounding Senator Henderson's recent disappearance.

While Mr. Henderson's absence from his home and work for the last few months have caused quite an uproar of hasty finger-pointing, I would like to remind the public that Mr. Henderson was always terrible about asking for directions (Much like most men! Ha ha!), so it is only too likely that he simply was on his way to one party or another and got lost at some particularly confusing intersection. I expect Mr. Henderson will be found wandering out of a little visited section of town any day now, a long melted carton of strawberry ice cream in his back seat.

Asking to search my basement at a time like this is both rude and unprofessional, as I have had to remind several of my colleagues over the last couple weeks.

"Genocide" is such an ugly word.

Another unpleasant phrase is "orchestrated campaign of terror".

I hope that clears the air somewhat about this whole mess, and I also hope no reporters would be stupid enough to continue to propagate baseless charges because I would hate to have to "vanish" them or "torture" them to the "welcoming oblivion of death". Goodnight America, and God bless. 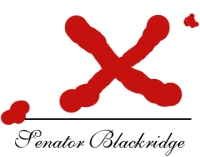 Last Daily Dirt I offered a chance to have your work be seen on SomethingAwful Dot Com and now we have three lucky winners HOWCANYOUKEEPFROMCLICKINGHERE???!?