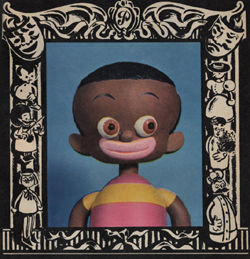 In a move that should shock any animation fan worth his or her salt, Viacom (the second-biggest evil empire next to Micro$oft) has once again chosen to put a hold on the release of Tex Gorbin's beloved Lil' Nigger series of animated shorts from the 1940s. I, for one, can't understand the mentality of these backwards-thinking suits when it comes to classics like Gorbin's. Ever since Gorbin introduced the world to Lil' Nigger in Watermelon Fever! back in 1943, this character has delighted audiences with his charm, fear of ghosts (or "ghosties" as he called them), and with his hilarious catchphrase of "I be inferi-uh!" Here's a quote from a Viacom executive that should sum up their brainlessness rather nicely:

"As far as I'm concerned, Lil' Nigger will never be seen by a modern audience. I mean, have you actually watched these shorts? They're reprehensible! And at the end of every one, the main character is hung from a tree and set on fire! I vomited while screening these. I actually vomited. To tell you the truth, we bought this library of shorts just to burn the original prints."

Honestly, I'm not surprised when idiots like this who know nothing about animation make all the decisions in our industry. If you get past the antiquated views on race, Lil' Nigger is just as classic as Snow White. And these shorts actually taught white moviegoers in the 1940s that black people like watermelon, fried chicken, and sleeping, just like them! The fact that these shorts were never hailed as a landmark for civil rights makes me think that someone has had a vendetta against Lil' Nigger for a looong time. Animation fans, we shall overcome. 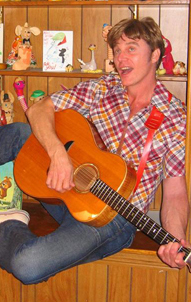 Back when I was making Ren and Stimpy, everyone came up to me and said, "Your show is the coolest thing I've ever seen!" and I agreed with them. This is why every show that came after mine was a total Ren and Stimpy rip-off. In some ways it's a little lonely to have produced the only good piece of animation since Huckleberry Hound went off of the air. The real problem with regular cartoons these days is that they are written by writers! How crazy is that? I mean, are paintings written? Back when I had an animation studio and wasn't living out of my friend's car, I made sure that all of my cartoonists were either illiterate or had severe dyslexia. I'd be damned if anyone was going to let foul non-pictures stink up my cartoon! I also made it so no words could be used for communication in the Spumco offices. This tied up production quite a bit, and made an eleven-minute cartoon take up to 18 months to produce, but it's the reason all five episodes of Ren and Stimpy I worked on are such classics. But today, I have a different topic, so please see my last nine updates if you want to read what's wrong with the concept of "writing" a cartoon. As if you need me to tell you.

If you want to know what made Ren and Stimpy so amazing, it's that I followed the principles of classic animation. This is not just a good way to make cartoons. This is the only way to make cartoons. And if I wasn't so "controversial" and could actually get a job making cartoons again, I would make sure that my crew would work just like it was 1942 - and that means no dames! Well, except for all of the 18 year-old girl animators I recruit right out of high school who really look up to me and don't mind that I'm 50!

Let's take a look at some examples of great and bad animation: 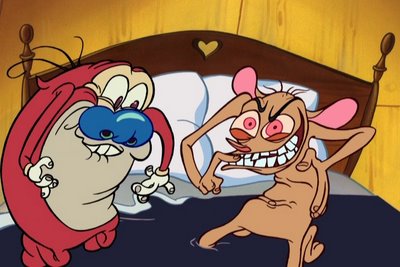 Look at this. Amazing composition, killer poses, and great color design. Someone frame this and put it in The Smithsonian! 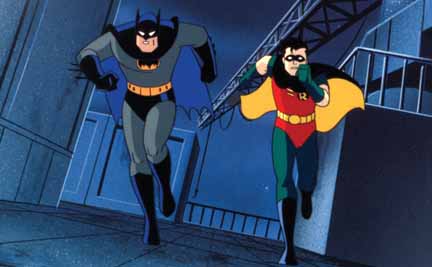 Blech. Some people consider this series a "classic." I consider them to be "retarded." Awful, just awful. 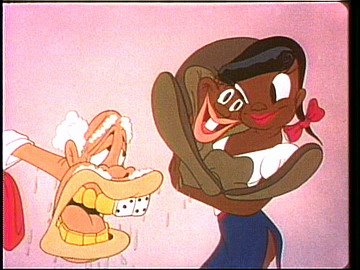 Look at this playful exaggeration of features! They really don't draw characters like this anymore! Why not? 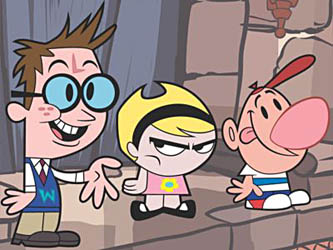 If Cartoon Network still let me in their building, I would tell them what garbage this is. I just threw up. 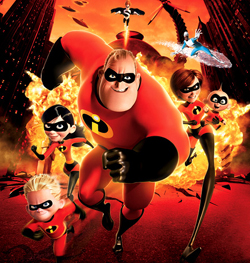 Shameful. I've had beer shits that looked better than this. 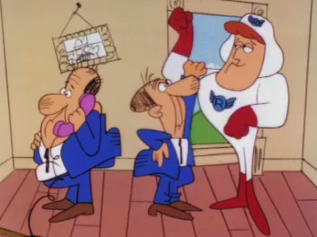 That's all for today, kids. Look out for my next update where I'll give you the storylines to cartoons I would make if someone would just hire me! As for now, this plasma isn't going to donate itself! 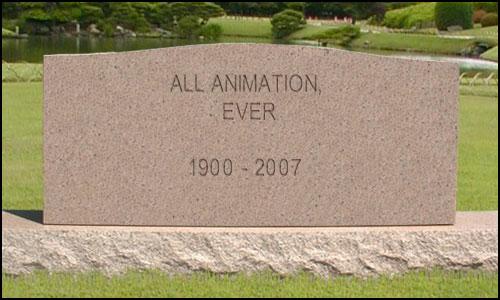