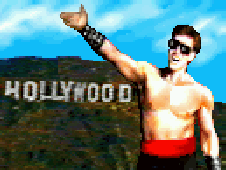 They are the privileged and elite, living in comfort on the combined fortunes of common folk. When the paths of celebrities and politicians intersect with ours, however, their contempt becomes all too apparent.

These are the reader-submitted accounts of such encounters.

Just got back from the hospital, where I was being treated for alcohol poisoning (no biggie, gone through it before) and syphilis. Imagine my surprise when I ran into none other than Michael Douglas! He told me he was recovering from chemo for his throat cancer. Or something. I was only half paying attention, trying my best to remember what movie he was in. Something about money. I considered getting him to say "Show me the money!" for me, but thought better of it and just asked him to do fifty push ups.

Somewhere around the thirty eighth push up, he puked - probably fake, he IS an actor - and gave up. Gee, I guess a regular joe isn't worth his time.

Ouch. This isn't the first report we've had of a sickly Michael Douglas failing to complete extremely basic exercises. I guess that's what happens when you fall out of touch with real life and hard work.

My boyfriend recently attended a rap concert. Backstage, he met T.I. and asked for the rapper's shoes. T.I. seemed reluctant - strange, seeing as he has millions of dollars! After a few awkward moments, he removed the sneakers and handed them over while making up some excuse about having to go on stage.

The shoes weren't even my boyfriend's size. T.I. is a terrible person and a disgrace to the rap music community. 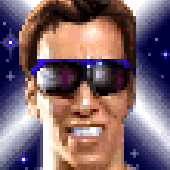 Let me get this straight: The shoes weren't even disinfected and gift wrapped? I suppose that would have actually taken effort. Guess his butler was busy.

So there I am, screaming "FIRE" repeatedly in a swanky restaurant. So far, so good. People are giving me dirty looks and some kids are getting nervous, but nothing out of the ordinary. I continue for a good ten minutes or so.

Suddenly Hillary fuckin' Clinton taps me on the shoulder and asks me to lower my voice to a yell and possibly stop lighting the tablecloth on fire.

Excuse me, your highness! I immediately stopped - not because she wanted me to, but because I was sickened by her apparent belief that people in power can control our lives down to the tiniest detail.

I seem to remember her speaking to voters and shaking their hands with during the last election. With so much close contact with the people she hates, I'm surprised she didn't rip anyone's jugular apart with her teeth.

That comedian guy Louis C.K. only let me pull on his hair and push him. He did not let me pour a soft drink on him or hit him with my car or even consider giving me a piggy back ride.

Ugh. That is beyond disappointing. I loved his new show, but now that I know more about the guy his art is totally worse.

I was lucky enough to attend the opening game of the NFL season on Thursday night. As the teams made their way onto the field amidst the roar of tens of thousands of cheering and booing fans, I shouted to Brett Favre:

"Throw a thousand touchdowns in the first half!"

He only threw one touchdown. In the entire game.

My seat was pretty far from the field and the stadium was loud, but I still felt that it was a mean thing for him to do. I wouldn't say it's like rape, but it's pretty close. Am I being fair?

Don't make excuses for Favre. He makes a lot of money, and as such he should do everything he can to hear the requests of his fans and fulfill them.