We Must Stop Mysterious Foe

These are difficult and troubled times for Great Country. The Bad Economy. The Heroic War. The people with their Medical Illnesses. The Expensive Fuel. You lay in bed at night unable to form your mind around the existential nightmare of modern life. You wonder, "What could be at the root of all this?" The Political Opponents want you to believe that there is no easy answer. That everything is relative.

The cause of everything bad could not be more clear. It is Mysterious Foe. This exotic usurper of our once-great nation has infested our country and turned everything good into things that are now bad or bordering on bad unless we act quickly. Such problems he causes may have been foretold in our Important Texts, but this is tangential to the point that Mysterious Foe is the problem. 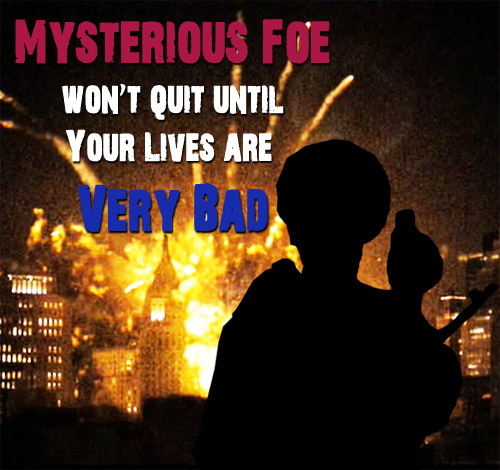 How do you know Mysterious Foe is the cause of our troubles? To begin with, just look at him

Mysterious Foe wears hats uncommon in our culture and grows his facial hair in a way we do not find fashionable. Mysterious Foe is a bad driver and dirty and should not be allowed to have a license. Why should we allow Mysterious Foe to build his Menacing Structure in our vicinity? It may be his right, but that doesn't mean he should do it.

It's time to take Great Country back from The Political Opponents by voting for the Great Country Party. We will eliminate the Bad Things and lower your Tax Level. 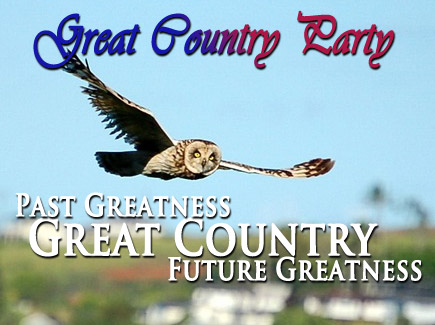 Why have The Political Opponents made our Tax Level so bad? Because so much of your Hard Work Income goes to fund Mysterious Foe and his Infinite Needs. Did you know that once per day a Mysterious Foe gives birth to a baby that automatically becomes a citizen of Great Country? Because of laws passed by The Political Opponents this Invading Infant will be treated to Health Procedures on your dime. It's time to change the old ways and stop allowing Invading Infants. We must stop Mysterious Foe before he turns Great Country into Terrible Country that makes us sad.

Who can you rely on to save you from Mysterious Foe? Not The Political Opponents. Definitely not Suspicious Chancellor. His origins are shrouded in mystery and mystery is the root of Mysterious Foe. He looks strange, but he claims he is not a Mysterious Foe. We will take him at his word.