Elite Eagles Creed: Never give up, never surrender, never leave a man behind. Fight to win, there is no other reason to fight. 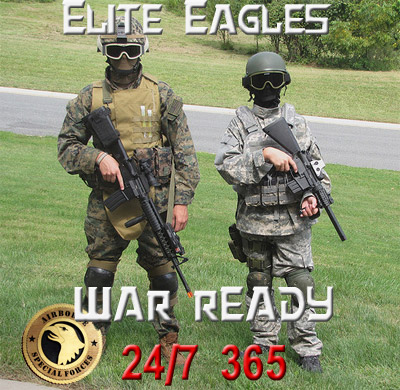 We have entered a period of endless war. Conflicts over resources and international terrorism provide global battlefields for a war without borders or treaties. If we are going to confront these foes facing us today we will need an agile force capable of rapid-deploying to any theater in the world within 24-hours. That force is us. Elite Eagles. We have trained hard to reach this point and heeded the call of duty. Our bodies are temples to warfare. Our gear is all high speed, low drag. We are locked and loaded, sierra hotel operators, ready to deal death to the enemies of the Elite Eagles.

First rule of Elite Eagles is all men must buy their own radio. It must be headset-capable. We recommend the Midland 42-Channel for a great mix of price and capabilities. 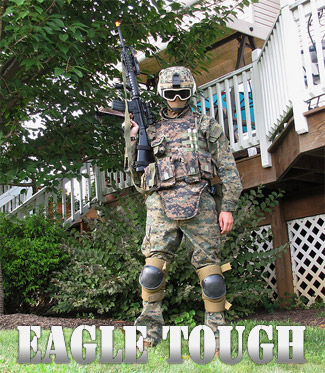 Elite Eagles must provide their own ammunition, but we will provide training targets.

Elite Eagles must commit to training at least two-times per month for MOUT course at Kelly's Paint Ball and at least one woodland skirmish (self pay) per month. There are three ranks in Elite Eagles: Commando, Eagle Warrior, and Warlord. You must salute everyone with a rank above yours. Failure to salute is punishable by severe sanction from a Warlord including (but not limited to) battlefield sit-out, no votes in movie choice, and ten (10) sit-ups. 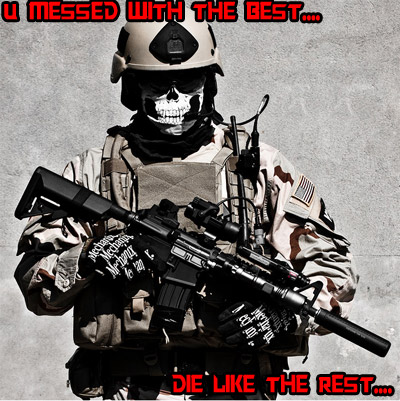 No Nazi symbols. We don't care what you wear on private property, but Kelly's is really sensitive about Nazi symbols on gear and drawn on arms, etc. Don't do it. The Nazis weren't a joke and while we salute them as previous death dealers there is such a thing as too much death dealing.

Terms like "raghead" and "towelhead" are fine, but do not mention muslims. Your fellow Elite Eagle may be a muslim. We do not see races in the Elite Eagles, only a commitment to combat skills and battlefield honor. If a Mexican is the elitist sniper trooper then we only see his elite sniper skills, not his Mexican color.

Your mother must remain in the clubhouse or parking area during all engagements. Mothers are a dangerous distraction in the AOR. Do not give your mother our radio frequencies, call signs, or any other sensitive intelligence. This goes double for older sisters (AKA Fifth Columns). 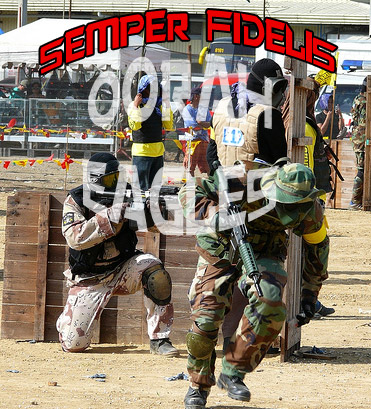 Elite Eagles NEVER CRY. In over 100 engagements not a single Elite Eagle has cried on the battlefield. There's nothing wrong with crying. Every human cries. But we are not human. We are Biblical angels of death sent here to exact vengeance from all enemies of freedom. Thus: no tears.

Anime callsigns are still allowed but we have issued a moratorium on all Pokemon callsigns. This is retroactive. Sorry Diglett.

Some of our warriors have diabetes so please include at least one salty snack option and bottled water if your Warlord nominates you as Snack Warden for an event. Elite Eagles takes the management of blood sugar seriously. We do not intend to lose a man to neuropathy. 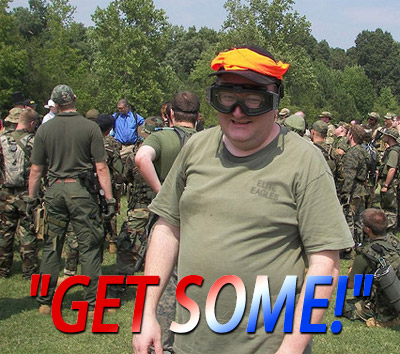 Tier One Tournament is this November in Lexington, Kentucky. We will be entering two 5-man teams to put those tangos down in the grand competition and we intend to dominate so thoroughly that the final battle will be Elite Eagle squad versus Elite Eagle squad. This will not be like St. Louis. We will be taking one van so that will never happen again.

Until then, keep your head on a swivel. We are oscar-mike.