Some Basic Facts About My Cool New Asian Friend

Hey there guys. To those that know who I am, then hey how are you doing? I bet you're doing great and that makes me really happy and thankful to Jesus! If you don't know me then check out this article about the time I took drugs with gay devil-worshipping bikers, or the essay I wrote calling the pope ugly, or the article I wrote that wasn't about gay devil-worshipping bikers. 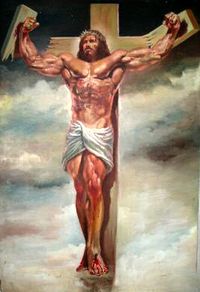 Basically I'm just a normal home-schooled Christian kid and every once in awhile they let me write a little about my life and what I think about things, which is a lot of fun for me and also allows me to help convert some of you. Every person that you convert gets you a point and then if you get a bunch of points you go to the high score board which is called heaven. I have just tried video gaming for the first time, can you tell? More on that in a few paragraphs.

Also I will be making some jokes because this is a funny site for jokes. Q: What could you call someone who lies with other people but is not married to them? A: SIN-gle. There will be more jokes later.

Obviously I am interested in Jesus because he is the coolest guy in the world. Actually he floats above the world on a cloud ship piloted by God, but that is a matter of serious theology that we don't need to get into. The point is that the Bible says Jesus is awesome ("Jesus had the biggest biceps, which were a token of his dominion over the Earth.'" Matthew 11:14). It also says you should love Jesus ("Let all who have eyes to see, look at his big biceps and love him for yay he is the messiah and ripped." Matthew 11:15) but that loving Jesus doesn't make you gay even if you're a guy and you love him really really hard.

Lately however, I've developed another interest, and that's my cool new Asian friend. I met him at the mall which my grandma let me go to because my mom is off on her honeymoon with my youth pastor, Mr. Harding. I could never have gone there if Mr. Harding was home, so maybe Jesus was making up for letting her marry him by having me meet my cool new Asian friend. Like it says in the Bible, "For every door I shut, I open up a window because man does it reek in here. Is something rotting? Check the trashcan." (Luke 10:9).

Here are some things you should know about my cool new Asian friend: 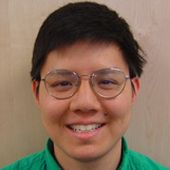 This is how I have ventured into the world of gaming as I talked about earlier. He showed me some games and even let me press the buttons on a few. Then he tried to make me play a game called Great Theft Automobiles but it was too much sin at once for me and I cried a little and then threw up all over his mom's couch and now he doesn't let me press the buttons when the games are being played anymore. Still, gaming is the most fun you can have without Jesus or drugs, and it is a little less sinful than drugs.

(Levels of sin that my mom explained to me: Level 1: Not doing schoolwork, not listening to your dad even if he isn't your real dad, cussing. Level 2: Stealing, federal taxes, video gaming, saying you wish your new dad would go join Jesus in heaven right now since he loves Him so much. Level 3: taking drugs, accidentally seeing another guy's thing in a bathroom, kissing a girl).