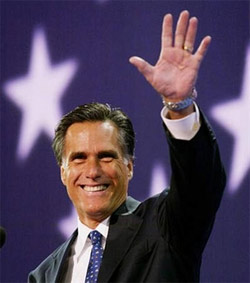 On December 7th of last year Something Awful made history by breaking with its long tradition of political neutrality to endorse Democratic Senator Christopher J. Dodd for President of the United States. Dodd dropped out of the race less than a month after securing our prestigious endorsement. It was a hard-fought campaign, but after garnering a respectable .02% of the vote in the Iowa caucuses Dodd decided to withdraw his candidacy. We were sad to see our chosen candidate bow out of the race.

With the 22-state February 5th primary just a day away, we feel it is time to endorse another candidate from the remaining pool of viable contenders.

On the Republican side, Senator John McCain received consideration from our editorial board, but we ultimately decided that even though he would make a great resident of the White House, we prefer our veterans to physically and mentally disintegrate hidden away beneath highway overpasses. 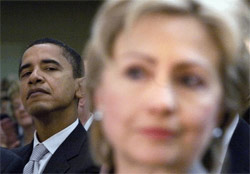 Former Massachusetts Governor Mitt Romney also received some consideration from our editorial board. He comes so close to the American ideal of a presidential candidate that if he were a GI Joe he would be codenamed "Head of State" or possibly just "Veto." Romney asks the difficult questions of our time and enthusiastically embraces democracy by shifting his positions depending on polls. Despite these qualifications, we felt that his unwillingness to embrace a trustworthy protestant religion disqualifies him.

There is also libertarian outsider Congressman Ron Paul, but despite a six-hour conference call with Congressman Paul we remain unconvinced that he is not a ghost or spirit trapped within our telephone. If we were to elect a ghost as president we enter a constitutional gray-area in which we believe his vice president may immediately become president.

That leaves us with the Democratic candidates for president. Of them, only two remain viable choices: Senator Hillary Clinton and Senator Barack Obama. The only way to decide which of the two possessed the attributes we desire in a president was to match them up in a head-to-head competition.

In our editorial survey, on 11 out of 11 issues, it cannot be denied that Hillary Clinton comes out on top. For this reason Something Awful is pleased to announce that we are endorsing... 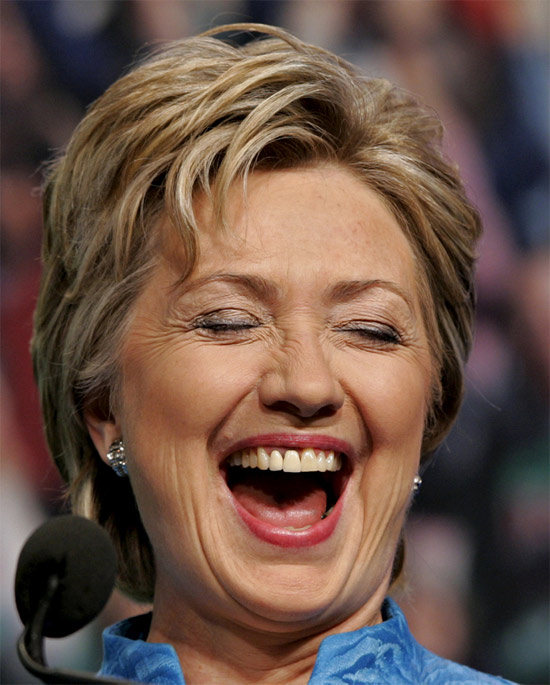 FOR PRESIDENT OF THE UNITED STATES OF AMERICA!!