The Awful History of Final Fantasy: Part I

Final Fantasy. For almost twenty years, this beloved video game series has created countless memories and bedsores. And, as Final Fantasy approaches its 20th anniversary (listen nerds I know it’s barely 19 so LAY OFF), countless websites and video game publications are no doubt producing epic, multi-page features on the series which will be read by no one but obsessive Wikipedia moderators looking to correct video game “journalists” who work only for the promotional merchandise that keeps them warm at night. You may laugh, but the Ziff-Davis fallout shelter/demotivational journalist housing gets mighty cold without your American McGee’s Bad Day L.A. knitted pullover and matching snow pants. And when the shadow harvesters come at night, you’d better pray to God that your Spyro the Dragon cockrings will clog their infernal gears. This is a world I know all too well, or possibly have made up.

But instead of forcing you to wait for the drooling of Square sycophants, we at Something Awful, famous for our coverage of dead fetus obsessions and little girls born without faces, have decided to produce our own retrospective of the RPG mammoth that finds new, creative ways to dress up whisper-thin little girls in revealing bras and present them as rugged male protagonists: Fainaru Fantaj+. 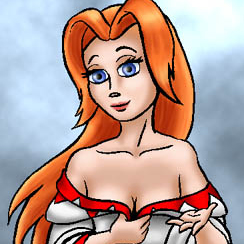 Before the first Final Fantasy, most gamers were used to console video game RPGs such as Dragon Quest, a game with bold new design features like the “stairs” command. It wasn’t enough of a hint that you wanted to go upstairs by moving your character onto a set of stairs; maybe you wanted to role-play the act of sitting on the stairs as many medieval heroes – like King Arthur – did in their day, and perhaps were most famous for (PROTIP: Since King Arthur is fictional, you can make up whatever you want about him). Final Fantasy I got rid of the immersive qualities of looking mournfully upwards at a second floor or staring at the fine wood of a freshly-closed door and ripped off Dungeons and Dragons even further by adding a class system to the RPG genre. Some would say these class systems already existed in games like Ultima and Wizardry, but these two were PC games, and before 1987 only the richest oil barons could afford and house the multi-tubed beasts known as computers – of which only 6 machines existed. And these powerful men were too busy using them to write shopping lists and strongly-worded letters to embassies.

The class system featured a handful of traditional classes, like Fighter, Monk, Red Mage, Black Mage, and Horseshoer (sadly, the horses were scrapped before the game was released). Two classes, however, were particularly worthless: the Thief and the Red Mage. First of all, the Thief can’t steal. So what can he do? Be much weaker than any other class in phenomenal ways without the benefit of strength or magic! Yes, with the game’s promotion system, Thief eventually becomes Ninja. But it’s kind of like how people with severe facial deformities are still monsters INSIDE after reconstructive surgery; it’s that past life of shame, regret, and the inability to steal. Oh, and the Red Mage is blessed with a brilliant mix of shitty attacks and shitty spells. Hooray for diversity! 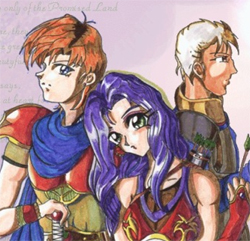 Imagine, if you will, that upon finishing a game, Square liked to have a good old-fashioned dog fucking party. Now imagine that after finishing Final Fantasy I, Square threw the biggest dog-fucking party Japan had ever seen. Champagne being poured, red carpets being rolled out, dogs being fucked up and down those red carpets; an amazing feat, as only one dog is allowed to occupy Japan at a time thanks to the postwar Constitution we kindly wrote for them as a favor. Now, I’m not sure if dog-fucking is a part of Japanese culture, but it’s the only logical way the conclusion of this story can be true. So let’s say a severely retarded homeless man sneaks into this dog-fucking party and secretly takes pictures of each and every Square employee in the act of dog-fucking. Surely if these pictures were leaked, the company would be destroyed! This is why Akitoshi Kawazu has been directing games at Square for nearly 20 years instead of sucking the nutrients out of curb asphalt to survive.

The second you start playing Final Fantasy II, your party of four is mercilessly slaughtered by a battle you can’t escape from. This is Kawazu’s way of telling you, “Welcome, and please get used to my unique interpretation of role playing games!” And get used to it you will, as you find moving in one arbitrary direction will bring you from the land of level 1 crippled moths straight into the mouth of level 99 behemoth diablos that will make you sorry you decided to not remain completely motionless. This “punishment through exploration” method was also used in Kawazu-directed games like SaGa Frontier, mistakenly bought by many gamers who thought they deserved a life without torture. Final Fantasy II’s shame-based gaming can also be found in its character level system, which doesn’t exist. Instead, to gain stats, it’s more productive to use your own characters to beat the shit out of one another; a fine analogy for playing Final Fantasy II.