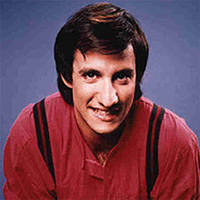 From great country of America the heart of democracy has swollen to bursting and flooded to all the lands of the earth. I have left the Winded City's occupy of Grant Park where a fat man in a beanie cap went to jail. I decided I don't like banks because of new fee on my check account. I check the account and there is no money in it!

I decided to form splinter occupy on island of Mypos. I have returned triumphing to my homeland, but time is not great on Mypos. First Mypos Bank somehow ran up one trillion dollar loan to pay for museum of goat. I say "Why so much? We have only one goat and a hundred people!" They say, "Goat have so much history." I do agree, Bernie (it is name of goat) has been around the blogs a few times, but don't be ridiculous. I immediately think of Occupy Wall Street.

Cousin Lary says Occupy Wall Streeter needs to get a job and take the bath. He works for photographs of Tacobell sandwich and makes the big bugs. I said, "Cousin, did you forget about the little people?" and he said "Watch this Youtube on Bread Bard it show an acorn is behind this." Oh my, an acorn, Cousin, don't be ridiculous! This is what I say to him and now I am blocks on Faceboot. This is Mypos social network. It is an actual net with a boot in it. 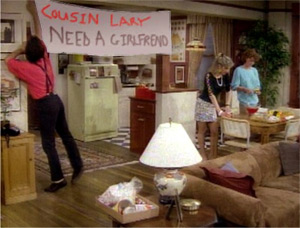 Because the big bank of First Mypos Bank has work with Wall Street to give all the money to the one goat and leave all 99 other people on Mypos out inside the cold, I have decided to take the idea to occupy and do it inside of Mypos. Why does goat get bail up and not anybody else? Why is free health care? Who is the jobs? Welcome to Obama's Mypos (this is short for Gregorous Obamatakamous, the man who run bank and owns all of island).

I talk to my friends from good old times. There is Alexi who is a communist, Borini who is a gay, Hasvulpo who is a bicycle courier who carries the bicycles where they are needed, and Suvena who is Girl of Island. This her actual title, not that she is the only girl on Mypos. There are four girls. Girl of Island is the job she has which is in the USA called a "hook em."

Borini has his drum from the gay festival where he plays the drum and people throw stones at him so he began to play this to get us pumping up. Soon we are occupying the bank. There is no guard, bank is on the honor system, so nobody to throw us out. We made a tent in the bank and stayed overnight.

Here are the demands we must have met to end the occupation. 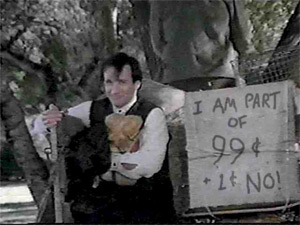 2. Tear down museum for Bernie and return money to people.

3. Get the fat cat out. He is stuck under the porch. Please he won't stop meowing and it is very upsetting.

4. Free health car. Vesolio charges one hundred digdas if your foot is stepped on by the zoo beast to drive you to the hospital. This is public serve it and should be free of charge.

5. Help with student load. Why must they carry so much? The bank should carry some of this up the hill to the school.

Thank you for hearing our demands. We will go home from bank tomorrow so please remember them.