But How Will We Pay For It?

Here in the USA we are committed to the Monster Cables approach to health care. We pay more than any other nation for worse access. Basic treatment routinely puts patients in financial ruin. People avoid health care because it's so expensive, leading to worse conditions with higher costs, which either become absorbed by the system or ruin patients' lives. Sometimes both! Treatment is often avoided altogether in favor of death.

So, naturally, when Medicare For All comes up someone asks the inevitable non-question. "BUT HOW WILL WE PAY FOR IT?" This is the perfect question for this country in this particular age. It is the intellectual cousin of many similar questions throughout history. 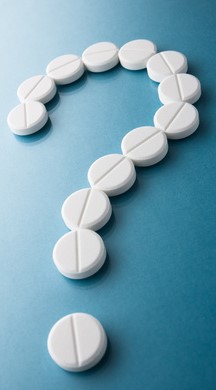 BUT HOW?"BUT WHAT WILL HAPPEN TO THE BLANKET ECONOMY?" - At the discovery of fire

"BUT HOW DO WE KEEP PEOPLE FROM SAYING 'MOIST'?" - On developing a language in order to communicate and usher in an age of reason

"BUT WHAT IF WE OPEN THE DOOR AND LET A SABER-TOOTHED TIGER IN?" - When dwellings with roofs and walls were first built to protect us from the elements and predators

"BUT WHAT ABOUT ALL THE FOOD THAT WILL SPILL OUT OF OUR OVERFLOWING BASKETS AND ROT ON THE GROUND?" - Bristling at the very idea of growing crops rather than foraging

"BUT WHERE WILL WE GET ALL THE NOTES?" - On the invention of music

"BUT HOW FAR WILL WE HAVE TO WALK?" - When someone suggests drinking water from a different source than the pee and poo river

"BUT HOW WILL I PREVENT THE HOLE I JUST DUG FROM ERODING FOR SO MANY YEARS?" - On living past the age of 30

"BUT WHERE WILL YOU FIND ALL THE BLOCKS WITH LETTERS CARVED ON THEM?" - At the invention of the printing press

"BUT WHAT WILL WE DO WITH ALL THE OTHER FOOD THAT HAS ALREADY BEEN MADE, JUST THROW IT AWAY?" - Reaction to the creation of pizza

"BUT WHERE WILL WE GET ALL THE LAB COATS AND MICROSCOPES?" - At the establishment of science

"BUT WHO WILL WORK THE MINES AND FACTORY LINES?" - When the idea of sending children to school first came up

"BUT HOW WILL WE GET ALL THOSE PEOPLE OVER THERE FACING THE RIGHT DIRECTION?" - On stopping Nazi Germany

"BUT HOW WILL WE GET ALL THE OXYGEN?" - When humankind was preparing to journey into outer space

"BUT WHERE WILL WE GET ALL THE URLS?" - At the invention of the internet