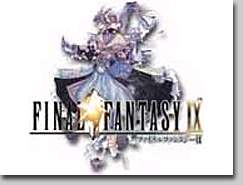 At a Glance: It looks as if FF2, FF3, Chrono Trigger and bits from the movie “Flashdance” had a battle royale. The result is not pretty. 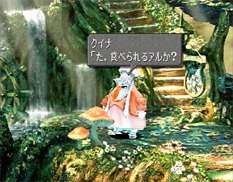 Oh Quina, you so crazy! You go girl!

Final Fantasy games were a part of my childhood. They transcended me into a fantasy world full of fun and heroic quests. What the fuck happened with FF9?

As many of you have probably heard, FF9 returns to its “roots”, meaning the story and plot will be shitty and predictable once again. You can always tell when you’re about to gain another party member when someone in your party decides to leave:

Steiner: "I’ve had enough of your hoodlum schinanigens Zidane! I must save the Princess!" (runs off to another screen)
Zidane: (confused) "What the hell, she’s right here stupid."
Princess Garnet: "Hey look, someone’s coming!"
Amarant: "Hello. I’m a wandering adventurer. I don’t know what you guys have to do with my quest, but I’ll sure as hell join you anyway."
Zidane: "Sure, the more the plenty!"

This is basically how every member in the game joins your party. The storyline is also horrendous. I can sum it up using this plot equation:

1. Monarch decides to invade a country.

2. Zidane reaches country with a party member from that area and attempts to defend it.

3. Zidane fails, goes on to next country.

4. Repeat steps 1-3 until all countries have been defeated.

Yes, the main character’s name is "Zidane." And yes, he has a tail (it looks like he was trying to poop a long one and it got stuck). Every main character in a Final Fantasy has a few quirks about them. Cecil was a dark knight and flaming homosexual, Cloud had pointy hair and a big sword, and Squall was anti-social and had a scar on his face. What do we get in FF9? HE HAS A BOW AND A FUCKING TAIL. Oh my God, the eggheads at Square have finally lost it.

Another aspect that returns in FF9 is the horrendously large amounts of encounter rates. Remember the “good ol’ days” with the first and second FF? You had a battle like every three steps. Perhaps the increased amount of encounters was accidental, as I imagine the conversation at the Square offices went a little like this:

Square Producer: "Ok, we can’t figure out where to put the chest with the ether in it, can you help us out?"

But the worst thing that returned from the previous FF’s are the horrible, HORRIBLE dance sequences. No, I’m not talking about the elegant Squall-Rinoa ballroom dance in FF8; the one in this game is much worse. Think back to FF2 when you talked to those freaks in that midget / frog town. Who the hell thought of it?

Square Producer: "Sir, the game doesn’t have enough homosexual elements in it for it to really return to its FF 'roots'.”

Hironobu Sakaguchi: (getting up from taking a dump) "MAKE A DANCE SCENE WITH FREYA!!!"

Hironobu Sakaguchi: (eyes glowing red) "NOT JUST ANY DANCE SCENE, MIND YOU, BUT A 'RIVER DANCE' SCENE!!! BAWAHAHAHAH I AM A GENIUS!!!"

I don’t know about you, but I thought Sephiroth was the coolest bad guy in any game to date. In FF9 we get some loser name “Kuja”. You can always tell who the bad guy is in any Japanese game by just looking who has long, white hair. For the first 20 or so hours in the game I thought Kuja was a woman, but now I know he’s just gay as well. I don’t know what made me think that, maybe because he keeps flinging his hair back, his costume is fruity, and he rides a “white dragon” (I thought this was a Japanese metaphor for a white man’s penis or something).