Santa Claus: Next Year, We're Switching Our Efforts to Necromancy 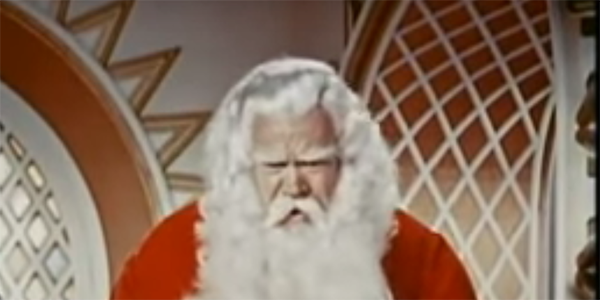 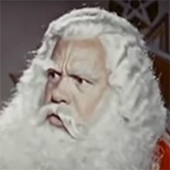 Santa ClausYou elves know as well as I do that our whole North Pole operation has become woefully outdated. Back when toys were simpler, things were much different: I recall the days when you could give a child a small horse carved from a potato, and they'd be perfectly happy--and have a flavorful snack mom could pop into the oven for the New Year. But now that tuberculosis and polio have nearly been eliminated from the planet, we no longer find ourselves in a situation where uncomplicated gifts can temporarily relieve the anxieties of death being ever present. Just look at the things these modern, vaccinated children are asking for! I don't even know what a "Minecraft" is, let alone why any kid would want an action figure of some dipshit who plays it on YouTube.

The truth is, we have no choice but to drastically change our game plan to keep up with modern times. Globalization is eating us alive, and in order to stay afloat, we need to answer those letters we once deemed "untouchable." Of course, you know what I'm talking about--here's one from little Charlie Adams of Fort Worth, Texas: "Dear Santa, Mommy said daddy drank too much silly juice and drove off to heaven. Can you make him drive back home again so mommy will let us watch movies with swears in the living room?" How touching. Here's another from Sally Jeffries of Denver, Colorado: "Dear Santa, cancer eated mommy and then everyone gave me a bunch of presents. Can you bring her back and also more presents this year?" Lovely. Now, the looks on your faces tell me you elves know what I'm dancing around: It's time to play god.

Okay, okay--let's settle down, everyone. I think we can all agree the mythology behind us and what we do is unfathomably outlandish. For centuries now, I've been able to deliver toys to everyone on the planet in a single night--and it's only been in recent years that I've started questioning just what we're capable of. I mean, come on! We've been given the gift of immortality, and this is what we're doing with it? Rewrapping pallets full of singing Elsa dolls, shipped in straight from China? Now, if you'll direct your eyes to the monitor, you'll see I've started fully taking advantage of the powers arbitrarily bestowed upon us. I can tell by your grimaces that many of you aren't used to seeing just the upper half of a human being, but--there he goes--he's moving! Did you see that? And this is exactly the direction we're going in 2016. 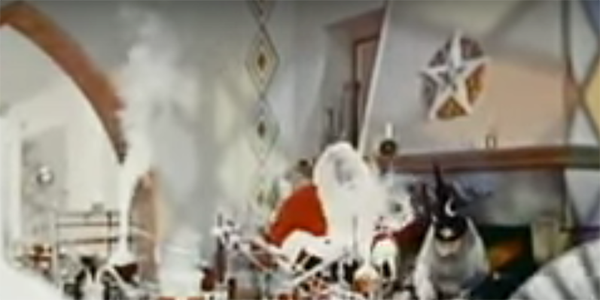 Don't ask me how I made this happen--I have my sources. In any case, I feel it's time to step in where God has clearly dropped the ball. I mean, we all lived through World War II, people, and I've never seen such a case of "senioritis" in my life! And this is exactly where we come in. Sure, he might not look like how he did seconds before ending his life by attempting to flip the double-bird to a pig truck that passed him without signaling, but that's clearly Charlie Adams' dad writhing on the ground in Garage G-well, the business half of him, anyway. Before you jump to any conclusions, we don't have some hokey zombie scenario on our hands. Based on the experiments I've been conducting since October, these reanimated loved ones have zero hunger for human flesh, and would much rather spend their time wailing over the indescribable pain of their own perverted existence. But don't you worry--after a few hours of unearthly screaming, he'll wear himself out. The important thing is little Charlie will soon be getting a visit from a father who presumably loved him this Christmas.

This goes far beyond dead dads, people. Let's say some little one had a brother or sister who died a few years ago. Well, they'll be able to see their departed kin again, and --KA-CHING!--cash in on all of those toys they were buried with. We're on the cusp of a new age for Santa, everyone, and I'd like you to pitch in by changing your duties a bit. Instead of tinkering and hammering away at next year's toys while singing festive songs, soon you'll be slopping and wrangling moving corpses, stuffing them into the appropriate bags, and forcefully taking away the tools they're disturbingly learning to craft and use from the random scraps and parts strewn about their various holding pens. Still, things won't change too drastically: Our operation will pride itself on the clockwork efficiency and devotion to joy we exhibit every year. Now, I need all of you to step forward and carve forbidden runes in your flesh with this ornamental dagger: The deals I've made with various dark forces aren't going to seal themselves.