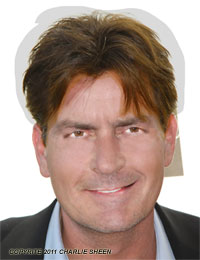 DIDT PHOTOSHOP THIS BEAST AT ALL.... DONT NEE D TOO!!!Yo! So you want to hire a REAL PRO ACTOR for your TV SHOW OR FILM MOVIE? Well look no further! You've tried the rest now mess with THE BEAST!!! I'm a CELEBRITY TV STAR and my STAR IS ON THE RISE LIKE THE MOON! Call me THE MOONMAN!!! I'm like yeast I rise IN THE MORNING! rise and shine mothfucker BOOYAH!!! my agent said people dont say booyah anymore but I do............. know why? BECAUSE I'M TITS, BABY!!! I'M ALL THE TITS IN THE WORLD/

anyway here's my resume! Resume reading! Haha!!!!!! THAT'S A LAUGHTER EXPERIENCE want the short reason why to hire me? ever hear of a tiny little show called "@ and a Half Men"??? Of course you have....... PAGING Dr. NEILSON RATINGS BITCH. I quit that shit like a bad harbor because they didn't appreciate my rock star god stature and prime time beefcake haunts in mothfuckin 3D starring me as JAMESUAL "DR. FUCKIN 3D BITCH: CAMERON. What's a girl to do you know??? Haha j/k fuck them all, I'm BEYOND CBS LIKE a case of natty ice in a frathouse LAUGHTER ONLINE HELLLLLLLLLLLLLL YEAH whats in this bottle anyway dont know dont care

check this shit out pappy::::: my_resume.txt

WHAT'S MY NAME? CHARLIE FUCKIN SHEEN THE ACTOR
WHAT DO I DO? ACT THE SHIT OUT OF YOUR MOVIE, FILM, TV SHOW, PARTIES HELL YEAH DONT MIND IF I DO
WHEN WAS I BORN? DON'T REMEMBER, DON'T CARE< WASN'T BORN AT ALL!!! WHEN WAS JESUS BORN? THAT'S RIGHT!!!!!!! NOW YOU GET THE PICTURE
WHAT"S DID I DO IN THE PAST (WHAT IS MY PAST EXPERIENCES)?? well where do I start???????? let me count the ways>>>>>>

I have accomplished wooooooah wait your horses there Lone Ranger O.K. this next part I guess I'm suppossed to write my other accomplishments but shit that's a long-ass major list so here's a pajama clad bone bare catalog of HIGHLIGHTS SCRAPED from the genius of my brains.................. again j

okay now is the last part of my_resume.txt where I say what I'm gonna do to help your creative endevour reach its fullest potential. Pretty hard to cram all that graham into a single compendium so let's play it loose and easy and see what hole this gets toweled into.........: