My Flag Stands for Heritage, Not Hate 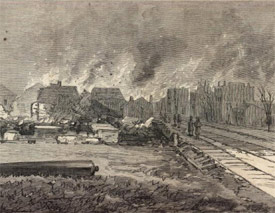 Every year, as the Fourth of July approaches, I go down to my basement and carefully bring out a flag that has been in my family for many years. The colors aren't as bright as they once were, but the meaning hasn't faded one bit. We run it up our flagpole and, damn the neighbors, we celebrate that flag.

It is the flag of the United States of America. I know it may be controversial, but I assure you, this flag is about heritage and not about hatred.

My great, great, great grandfather fought in the civil war. Erasmus Parsons. He was a war criminal hanged at Andersonville for burning down an entire village near Charleston. They rode their horses over the enemy and bayoneted the wounded. I don't support what he did, obviously, but Erasmus believed any man that would betray the Union was a subhuman deserving of the most miserable death. To him, southerners lived in benighted sewers and they might as well have been devils.

Not that I actually believe that now. I understand southerners are people and not devils. I am just celebrating my heritage here.

"Only a snake would put another man in chains and force him to toil," wrote Erasmus on the eve of his hanging. "I would rather be hanged by such a snake than shake his hand." 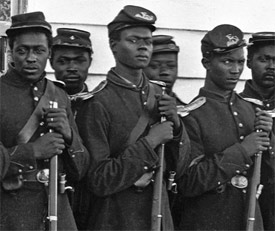 That is my people's heritage of preserving the Union and successfully crushing the insurrection of traitors. Destroying their armies through superior martial skill and manufacturing. Littering the battlefield with the corpses of traitors. Massacring them rather than taking prisoners. Chopping their heads off using cavalry sabers.

These are just historical facts and I think it is important every year that we celebrate and remind ourselves of these facts. Nobody wants to actually go down to Atlanta, again, and set fire to the houses of all the white people. Nobody is saying that white southerners are idiots and traitors and slaving scum deserving of death. Those are antiquated beliefs. I do not subscribe to them.

Nor do I celebrate, specifically, the abject defeat of the traitors in battle after battle as the brave Union boys sent their armies fleeing from the smoky battlefields of history. Think of all the southern sons and brothers scattered on those war-churned fields of Gettysburg, Appomattox, Petersburg and Five Forks. Celebrating that sort of total route of a military and subsequent encirclement and surrender would be akin to celebrating slavery or the lifestyle derived from it.