World, Listen: You Can't Bargain with a Virus

This article is part of the Covid & Our Mental Health series.

Most of us have collectively moved passed the denial stage of this pandemic("it's a hoax!"). We've also gotten through the anger stage, some of us while managing to not spit on or shoot people.
Now we're in stage 3: Bargaining. Oh, we can totally reopen everything, we just have to do it with this magical, seemingly arbitrary series of steps. It's way overblown, there's nothing to worry about. It's totally safe for me to go back to my day job of taste-testing drinking fountains and over-italicizing things.

We need to reopen, Forbes has run out of stuff to write about!
I want to help all of us get to the final stage of this: acceptance. It won't really help us overcome this apocalypse, but it will help us process it with way fewer head explosions.
However, there's... going to be an issue. Because between the bargaining stage and acceptance is the stage of "depression." So if I'm going to get anyone back to feeling kind of normal, I'm going to have to first make them depressed, like I do with my parents. I'm truly sorry.
Now, here's the good news: Most of us are already pretty damn depressed about the events of the past year. I guess that's not really "good news," but there's a good chance we won't notice much of a difference. So let me take you there, dear reader, let me be your Sarah McLachlan dog commercial. 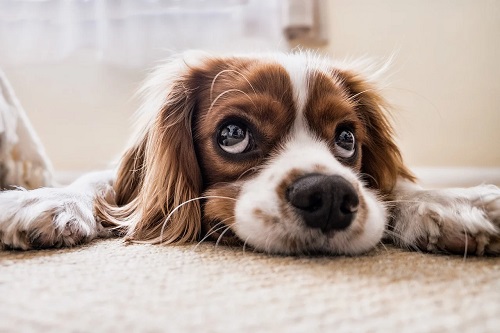 I still get flashbacks every time I hear "In the Arms of an Angel,"
I don't know why I keep putting it on
In a prior article of this series, I mentioned that this is the biggest, weirdest thing to happen to us in 80 years. I've changed my mind: This has the potential to become the biggest, weirdest thing of all time. Like, all of human history may never have seen something of the magnitude we might ultimately witness.
It's not as absurd as it seems: Humans have been around for only 500,000 years, a mere blip on a timeline of living creatures that spans billions of years. It's not unheard of that we might hit new lows. Heck, cats have been around for 7 million years and they just hit their all-time worst point last December:
https://www.youtube.com/embed/t7Uei5Qk9RM
I base this claim neither on death toll projections nor infection curve estimates. No, what makes me think we are on the verge of something unprecedentedly freaky is that the Pentagon released videos of UFOs and said, we don't know what this is, but it's super stange. Yet, none of us neither noticed nor cared.
That breaks new ground. I was previously of the mindset that the spread of Covid was on the same magnitude as World War II. However, after the events of the last few weeks, I'm starting to doubt that. In March of 1944, Charles de Gaulle wasn't saying, "I know it's not quite safe out there, but it's the huge Spring Break tourism time. We need to open the beaches at Normandy!" 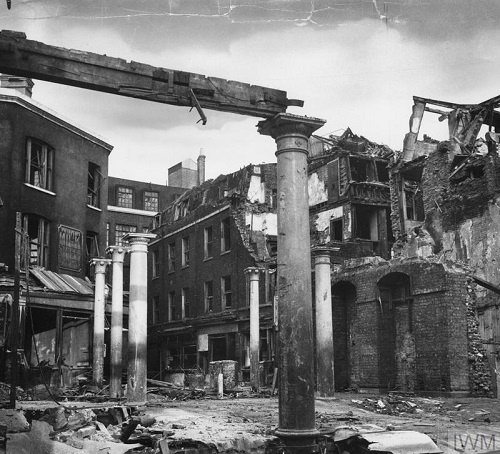 "Damn, the Blitz! Hairdressers are essential!"
Most significantly, at least to me, is that the nation was so obsessed with WWII UFO sightings that it actually developed its own name for them.
This has been going on for over a thousand years. Around 700 AD, The Nazca tribe of Peru faced severe deforestation that would soon end their society. Also they were doing a lot of coca and psychedelics, so they probably saw crazy stuff all the time. Still, despite all of this, when they saw a UFO they dropped everything and started building runways. 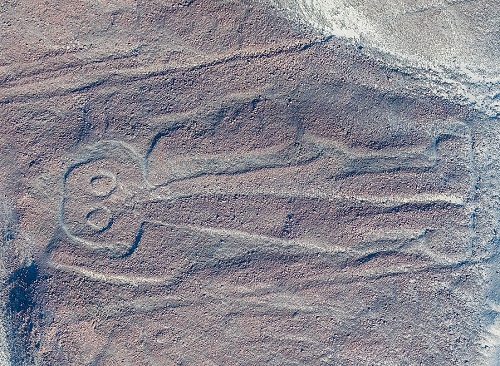 No one's even spray painted a giant alien on a hillside, sheesh!
Yet, unlike a war between dozens of countries taking place all over the globe, unlike a civilization whose end times were upon them, Covid is so distracting that actual video of Pentagon-approved possible alien spacecraft is not freaking anyone out.
You can't bargain with something that big. The Nazca couldn't bargain with nature to find their way out of collapse. The Allies couldn't bargain the Axis out of western Europe. We may have to do mental gymnastics to get the courage to go back into our jobs in order to survive, but that doesn't make this go away. It certainly doesn't make all of this okay.
Another takeaway is that aliens are kind of rude. Can't they see we're busy, and don't have time for a swing-by? If I see cop cars outside a neighbors house, I don't stroll on in there and ask if they want to play Madden.
In fact, screw these busta-ass aliens! They probably brought the Covid virus here.
Oh, no, I must be doing this wrong, because I'm back to the anger stage.
Check back each Thursday for the next installments in this series.
[Photo credits: https://commons.wikimedia.org/wiki/File:THE_LONDON_BLITZ,_1940_HU112276.jpg, https://pixabay.com/photos/dog-sad-waiting-floor-sad-dog-pet-2785074/, https://commons.wikimedia.org/wiki/File:L%C3%ADneas_de_Nazca,_Nazca,_Per%C3%BA,_2015-07-29,_DD_46.JPG]

A 5-part series about managing mental health during the pandemic