How Will the Candidates Solve the Lurking Clown Issue?

In the worst election of your lifetime, two of America's least-liked celebrities are contending with each other, along with two unknown misfits with horrible opinions, to become the next President of the United States. While these four ingrates slander each other and hector voters about the importance of this election, the rest of us are left to wonder about their position on the real issue facing America: the creepy clowns.

Lurking clowns have created a public panic. They have been spotted all over America. Mobs are forming that might kill supposedly innocent clowns while dangerous clowns slink around in the night leering at America's trick-or-treaters. Something has to be done. We found out what these horrible pieces of shit we chose as the candidates will do about the clowns if elected. 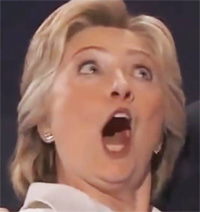 "We will give police and our military the tools necessary to deal with the clowns. We can do this without disrespecting racial minorities or calling women "hoggy bottom stinkpigs." We don't need to make a noble Latina run on a treadmill on Access Hollywood to get rid of these messed up clowns. I'm ready to take on these clowns. Do you like DLC? Because I'm about to "download" Harold Ford and Ed Rendell into cabinet level clown buster positions and turn them loose on billion dollar budgets. On second thought, I'll do it myself. I just need my secret medical device's battery changed. Huma, get my suspicious Chinese doctor on the line and have him check on my phylactery in the Chappaqua vault." 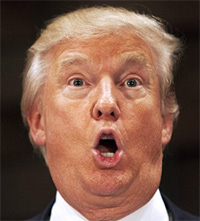 "The real clown here is my opponent. I'm talking about that hoggy bottomed stinkpig. That cackling, baby-thieving piss bitch. Did you know they put a drain under her podium so she can pee right into the floor? There are American Flags down there in the sewer. I saw this on 9/11. Some people are saying that. It's truly horrible. No, no, actually I like clowns. I think clowns are good and we should have more of them. Have you seen a circus? Clowns are good. Clowns are big league good. It's a disgrace what Obama has done to clowns in this country. I will make sure that we have the best clowns in America again. The finest clowns you have seen and they will be strong. They will hold you down and scream in your face. They can do whatever they want because they will be so strong." 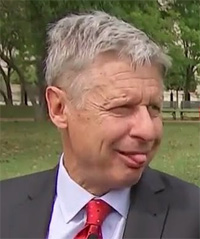 "I've done it before. Sure, I've done it. You put on a little grease paint. Get one of those noses. You go stand outside a closed carpet store at 2 AM. Sure, sure, it's fine. I'm not worried about it. In fact, I think the rise of terror clowns is a healthy instantiation of the fear that permeates our culture and actually atoms and planets are the same thing, orbiting within orbits, so we are made of trillions of planets and on those planets are the same restrictive gun laws. Are you familiar with the spirit molecule? I heard about this on Joe Rogan's pod... thing. To be honest, Joe Rogan is the only name I am able to remember so my staff calls me Joe Rogan and my VP is Joe Rogan also but I don't like running against Joe Rogan. Is that the right answer?" 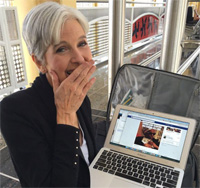 "I've seen the millennial clown memes [ed: pronounced mee-mays] and they are very funny and I like millennial memes. Also I am totally, 100%, unequivocally against the clowns as long as we answer some of the outstanding questions about clowns that have been legitimately raised by concerned relatives of clowns. Is it really bad to have a clown peering out from behind a fence late at night? Does it hurt anyone to have a giant clown man in a dirty costume shuffling around under a streetlight on a lonely street? As soon as we answer those questions and a few others, I will get rid of the clowns and work on establishing a minimum wage and universal healthcare and free college by cooperating closely with a congress that contains zero members of my political party."

You may not like the answers, but now you have them. It's part of the process of growing from an idealistic person who cares about politics and wants to change the world into an embittered husk of political resentment that wants to scream and throw gravel at every car with a police escort through the destitute wastelands of our dying planet. Best wishes on this journey.