The third crisis, often overlooked by history and the media, was the president's early first-term snack attack. 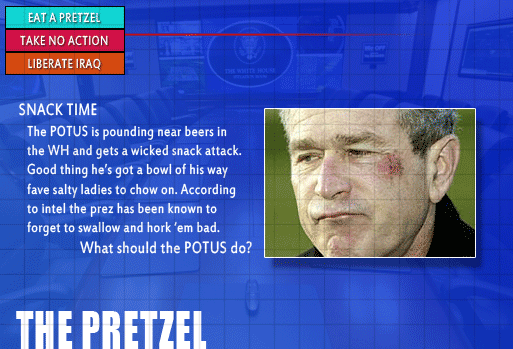 As usual, the advisors were on point. 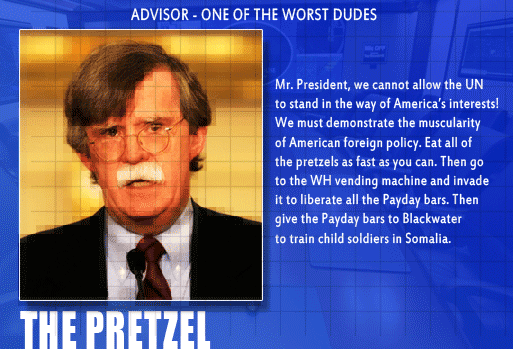 Sound advice, but we felt like the president had it right. 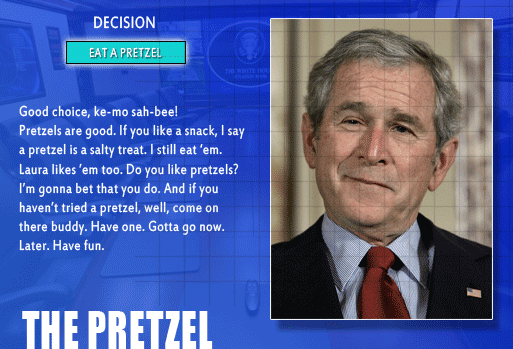 Those are just three of more than two dozen scenarios related to Bush's terms in office. Other options include the Patriot Act, negotiations with the Russians, a dating game, and a fully playable version of Night Trap.

Does the Decision Points Theater attempt to paint over the mistakes of the George W. Bush presidency? Like the game itself, we'll leave that up to you to make up your own mind and say that it unequivocally does not.