Star Wars: The Last Jedi received a warm reception from critics and a stormy reception from fans, some of which accused the film of pushing a feminist agenda. This resulted in the release to Pirate Bay of a fan-made edit of The Last Jedi called The Last Jedi: De-Feminized Fanedit aka (The Chauvinist Cut) which edits out female characters. This was the first edit by outraged fans, but several more have been planned. 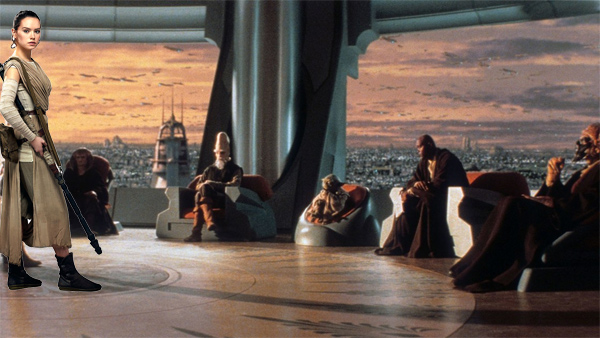 The Last Jedi: Revenge of the Jedi (aka Max Jedi Cut)

Cuts out all characters that are not Jedis and edits in footage from the prequel trilogy of the Jedi Council debating Jedi rules and discussing Jedi relation to trade policy. Because this footage still only amounts to about 25 minutes, a total of 19 minutes of cut scenes from the Jedi Knight series of games will also be added.

The Last Jedi: Sirens and Horns (aka Milk Party Edit)

This 6 minute cut reduces the Last Jedi to the scene where Luke Skywalker gathers green milk from the alien Thala-siren and drinks it, looping shots, using color filters, and tilting the frame. The soundtrack is replaced with bass boosted trap music and the audio is enhanced with air horns and repeating woman moaning sounds. Ends with a 45 minute credits sequence that is a scroll of a rambling Quora post about the benefits of raw milk.

Reason for existing: Rey is a Mary Sue. 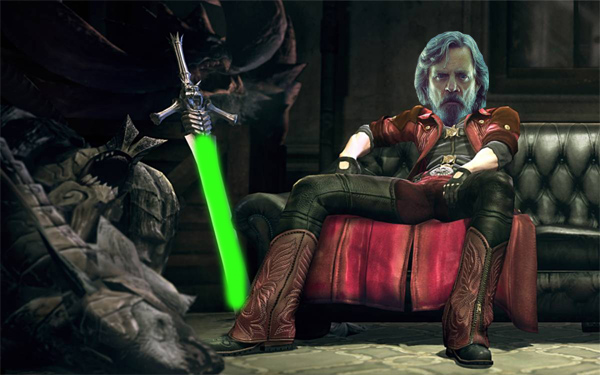 That Last Jedi: Ain't the Last Jedi (aka Get Some Cut)

Dubs over all of Luke's lines in Last Jedi with dialog read by someone recording audio with a headset microphone in their best Christian Bale Batman voice. Includes lines like "We are more powerful than ever, we learned the secret of the ultimate Force power" and "I am creating a Jedi army to bring goodness back to the galaxy." Edits the "Holdo maneuver" into a scene where Luke destroys the First Order flagship by concentrating very hard and ripping the ship in half.

Reason for existing: LUKE SHOULD NOT BE LIKE HE IS IN THE LAST JEDI!! 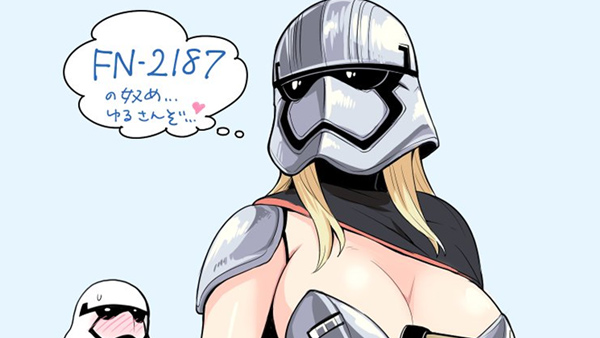 The Last Jedi: Justice for Phasma (aka Fett Wedding Cut)

Reverses footage to show Captain Phasma levitating upward out of a sea of fire and landing next to Finn before seeming to throw him off the screen with her mighty blow. Uses a number of shots from previous movies and insert shots of a Phasma 6 inch toy shot by a phone to prove that Captain Phasma is married to Boba Fett and uses footage of young Boba Fett as their son Randy. It is also revealed Randy becomes Darth Vader II and uses the Rogue One Darth Vader rampage footage in slow motion while playing Pomp and Circumstance (aka The Graduation Song).

Reason for existing: The Boba Fett toy's rocket never fired like it was supposed to.

The Last Jedi: The Truth Exposed (aka Critics Debunked Edit)

Full-length edit of The Last Jedi, but with the Tomatometer on-screen at all times to show that the movie has a rating of 91% with critics and a 49% with audiences. However, about halfway through, for unknown reasons, this switches to a search for "Mama" at Rotten Tomatoes and then focuses on the 64% critic and 55% audience rating for the 2013 film Mama. A red circle then slowly fades in around each of these scores.

Reason for existing: Fake critics can't get away with this!

What other creative edits will fans come up with next to celebrate the adventure and pageantry of the Star Wars children's film series? Only time will tell!