A Letter to James Traficant 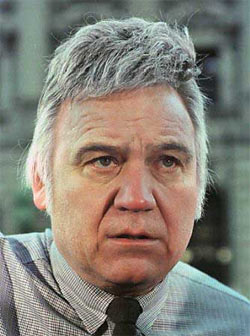 A man, a plan, a wig: Traficant.I hope that this message finds you well and rested and that the imperfect environment of the federal prison system has not treated you too badly. Mr. Traficant - Congressman Traficant - we need you. Badly. Washington has been overrun by the degenerate and cowardly. Their offal is piling up on the Capitol steps and their guano smears every surface from the Oval Office to the hallowed halls of Justice. They dash about like shrieking apes, wild and unruly, or skulk in corners afraid of the dark shapes of their shadows. They are entrenched. There is no prying off this barnacle. There is no excising this great suppurating cyst on our nation's back. Those who dare to speak truth to power are silenced and ridiculed. The time for change through normal means has come and gone.

That's why we need someone who can speak something much more important to power than truth has ever been: crazy. Congressman Traficant, your famous and daily one-minute speeches briefly changed the face of our government from oppressive and monolithic to schizophrenic and comically unbalanced. I fondly recall the day in November of 2001, barely two months after the attacks on the United States by terrorists, when you stood tall and firm and comforted a nation in your own way. You got up in front of God, Congress and your fellow Americans and you said what needed to be said.

Mr. Speaker, as a former athlete, I thought I saw it all. Great celebrations after grand slams and Hail Marys. But this time it has gone too far.

News reports say after a game-winning goal at a soccer match in Spain, a player celebrated his teammate who scored by biting him on the genitals.

Now I have heard of high fives, back slaps, butt slaps, but this takes the family jewels.

The team says the player is doing fine, but I suspect he will speak from here on in like a soprano. This is going a little too far. I yield back what has now become known as ``The Big Bite.''

In July of that same year, you proved to the world that you are not beholden to big business the way so many other politicians are with your elegant commentary on the California energy crisis. 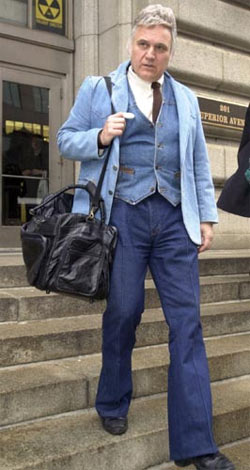 Even though California consumers are suffering the worst power shortage in history and outrageous costs, a Federal judge has ruled that the Pacific Gas and Electric Company can pay their top managers $17.5 million in bonuses. Now, if that is not enough to shock your crock pot, the company said, and I quote, ``If we don't pay this $17.5 million, they're going to leave us.''

Unbelievable. These fat cats should not be rewarded, they should be fired. Throw these bums out. Beam me up. I yield back the fact that they should hire a proctologist to perform a brain scan on that Federal judge who is somewhere in Disney World.

Who do we have now? Tom DeLay? Nancy Pelosi? The President? Would any of them be caught saying what you said on that bright Halloween day in 2001? No, none of them would dare to suggest that the United States look to Hitler for strategic advice. Only a rogue like you has that sort of sack.

Let us get real: This is war. This is not a coffee break nor do or should we take sabbaticals. It is time to root these terrorists out. Keep the heat on.

I yield back the fact that giving this Taliban regime 30 days, they will simply reorganize and kill many more Americans.

You were a Democrat who opposed President Clinton at the height of his power and embraced President Bush in the face of September 11th. I would like to think that now you would once again be playing the foil to those too powerful for our own good. You would be up there giving your one-minute speeches with an open mind and an open heart. But you would never abide foolishness. I think you would give a speech something like this in the face of current controversies:

Mr. Speaker, I have learned today that dolphins have been trained by the military to shoot poison darts at Al Qaeda. In the face of Katrina these aquatic assassins have escaped and may pose a risk to divers. I want to know: why aren't these fighting fish in Iraq?

Give me a break. We're teaching dolphins how to hunt terrorists and Bin Laden is still on the loose. What's next? A cat that can hunt rapists? Beam me up.

I yield back the fact that Flipper could do a better job in the War on Terror than we're currently doing.

Congressman Traficant, I can only hope that from your jail cell you are composing a comprehensive treatise on the goings on in the world. Something that will allow us to reflect on your thoughts in a time when the world has gone so mad it needs real madness to be healed.

I yield back the fact that James Traficant has the rapier wit of Samuel Clemens on psychedelics and locks that would shame Samson.