Just Because You're a Dog, Doesn't Mean You Can't Take Your Brand Seriously 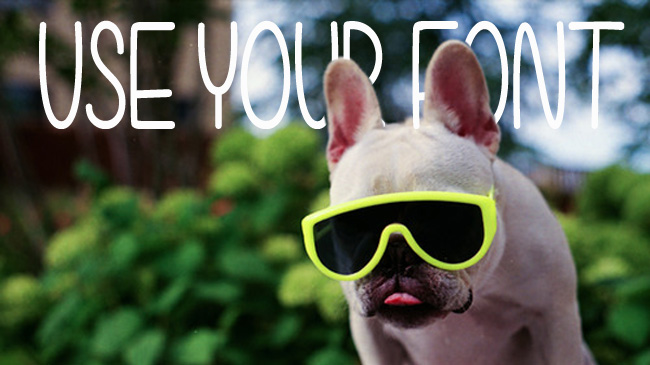 You're shitting the bed on this one, Pawly P, and I don't mean the time you literally shit on the bed. That was an easy mess to clean up compared to what we are going to have to do to rehabilitate your brand. Do you even know who you are anymore? You're Pawly P, the dog who wears sunglasses and surfs. The cool dog. The hip dog who likes beach activity. Coolers and bikini babes. That sort of thing.

Any of this shit ringing a bell, Pawly? We sent you to two separate dog whisperers and a swagger coach to get you to wear the sunglasses around. Now if I see you wearing them it's a fucking shock. Chewing them? Laying on them? Oh, sure, that you'll do.

You'll carry them out in the fucking yard and put them on a dead bird and roll on them. Who even does that, Pawly? Do you think Chris Hardwick does that? Do you think Rob Delany does that?

You don't give a fuck, do you Pawly? Do you even use the cute little barbels for your paws? Do you wear that headband? I don't think I've ever seen that one on your head.

How often do you tweet? We talked about this, Pawly. You need to tweet at least twenty times a day. Spread them out too, not all at once, and no more than half of them can be retweets. Come up with some one-liners. Some riffs. People want that Pawly attitude.

And do you even use the font we picked out for you? Scrawlit PCQ? Nothing? Jesus Christ, what a clusterfuck.

Alright, Pawly, look, your Klout is in the shitter. Nobody is reblogging your stupid shit. We're going full-on social media blitz on this one. I want you on Facebook, Twitter, Tumblr. Instagram and Vine everything. I want to see animated GIFs of you wearing sunglasses. You on the beach. You with the sexy bikini babes. They want Pawly being cool.

You know what's not cool, Pawly? Everything you do. You drag your ass on the carpet, you bark at squirrels, you DON'T EVER WEAR THE BOARD SHORTS. We bought you eight pairs. And you chew off the little foam surfboard whenever we put it on your leg.

Most dogs don't even get a first chance to create a brand. They eat garbage and get fleas. We feed you kale and Wagyu beef. You have had multiple chances and you just keep changing the character around and slacking off on who you are supposed to be.

Like at the surf competition, we all know you can't actually surf, but when we entered you in the competition we didn't think you would be ejected for eating all of the hot dogs out of the hot dog stand. How did you even do that? That was like 300 hot dogs. If you ate anymore nobody would be able to recognize you from your headshots.

I'm giving you one last chance to get your shit together. We're going to do a soldier reunited with his dog/surfin' buddies Youtube. Sort of a soft re-launch of the brand.

All you have to do is stop licking your balls. Can you do that for us?