My Electro Band Has Important Things to Say About the 1980s

After more than three months of trying to decide what I 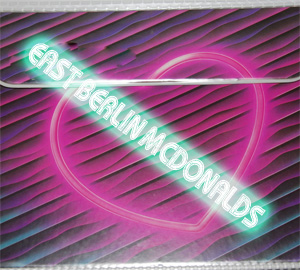 wanted to say with my music, I think I have finally landed on my ID as an electro artist. Think, the 1980s, but like, dialed up, and sexier, and maybe a little darker. Like Michael Mann 1980s, not Mr. Belvedere 1980s. Remember when people had car phones? When Return of the Jedi was the hottest thing? I wanted to put those ideas into my music. That is why I wrote my first single, SDI, which is short for Strategic Defense Initiative, or Star Wars, if you will.

My main musical inspirations are Ronald Reagan and the Sound Cloud pages of Mitch Murder and Kavinsky. What I really wanted to do with my new band, Phoebe and the Cates, is recapture that, like, decadence of the 1980s. But also the innocence. We were so simple then before the Internet and the cloud.

On my first album I wanted to say something big. Like Radiohead's OK Computer, only bigger, and better. So with my debut EP East Berlin McDonald's I conjure the spirit of a sexy blonde with, like, a maroon leather jacket with big shoulders, and it's open down the front so you can see her bra, and she's wearing one of those miniskirts with holes down the sides, and riding motorcycles with, like, a ghost guy, who won't ever take his helmet off, and it's always night. They can only be alive at night. Literally they are dead during the day on Wall Street.

It's a metaphor for cocaine and Reagan-era disillusionment. I used only real vintage equipment samples. There is no bass, they didn't even have bass in 1987. Don't believe me? Listen to the soundtrack of Commando. Zero bass. No dubstep drop, I wanted pure retro techno soundscape stuff. I would have gone the Chvrches route but I couldn't get my girlfriend to sing in front of me. It's easier to do it solo anyway.

Basically, I want you to be able to listen to my music and close your eyes and imagine you are riding your bike with Elliot on one track, you're in class with him, you can smell the inside of a pencil box, and, like, the Challenger just blew up.

Then on the next track you are aurally transported to an arcade. Maybe the arcade from TRON although I feel like Daft Punk may have a claim on that at this point. Anyway, it's an arcade and there's all these vintage game sounds like Pac Man and Galaga. You can identify every single cabinet.

And then out of nowhere you hear, ALL HAIL THE NEW FLESH sampled straight from Cronenberg, man. Then right into more stuff about the ghost motorcycle guy. No lyrics, but you can picture seeing him on the night streets of 1985 with a hot babe hugging his back. What's inside that helmet, you wonder.

Maybe a skull. Maybe darkness. Maybe your own face, but with a strip of red painted across your eyes. 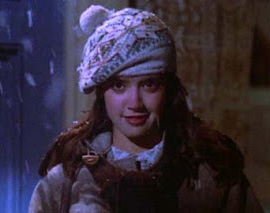 I have been combing Youtube for weeks for commercials and news clips from the 1980s and I think I can almost put the whole story together just from that. I call them blipverts. Like Max Headroom. Just this blast of retro news stuff between each track. McDonald's jingles and breaking news about the Berlin Wall. It is going to change the way you look at the 1980s. Stock market goes up. Factories close. Gung Ho. Mr. Mom.

The cities are dirty and full of crime. Steam is coming out of sewers. Michelle Pfeiffer turns into a hawk.