My Ongoing Battle Recovering From Catholicism; I Jacked It To the JC Penny's Catalogue

"Raising a child as a Catholic is the easiest way to ensure your child does not grow up to be Catholic"
- Me, Rich "Lowtax" Kyanka, quoting Kurt Cobain, paraphrasing Wayne Gretzky 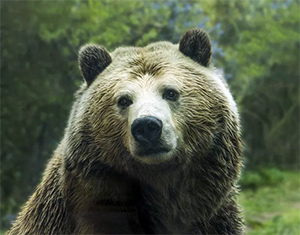 1) Being the Catholic church

Their parents were strict Italians and Ukrainians, which meant that they came to America from Italian and Ukrainian. These are two countries, both famously known for not being America. The Catholic church plays a very important role in these stupid locations because their citizens do not have easy access to better things like money or drugs. For those of you unfamiliar with traditional Catholic message, everything basically boils down to "because we told you so." Question a priest? You're going to hell. Question the Bible? You're going to hell. Question a priest and the Bible? You're going to hell and then you're getting revived and killed again and going to hell and it will be even worse the second time. Hell 2.0.

This doesn't lend well to the traditional Catholic mass, a programmed routine so boring that by the end you'll be begging to visit hell as a simple change of scenery. As a child, I always wondered why the best stories in the Bible were always the ones we were instructed to never, under any circumstances, question. For example, Elisha and the two bears. God hires a couple bears to murder 42 children for calling one of his prophets "baldhead" (the prophet, not God, I have no idea what God's hairline is like). That fucking rules. That's the kind of God I can get behind and root for; he lets you know he ain't going to take any shit and if you criticize something as sacred as somebody's hair, you better damn well know you'll get killed by a bear. That's how it goes, it's cut and dry. 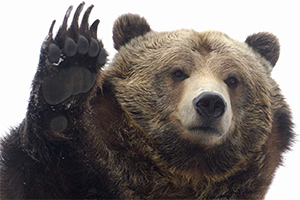 "Hey guys, high five! Ha ha just kidding you're going to die."However, part of me wondered how Elisha figured into the grand scheme of the Bible and the overall message of love and forgiveness and harsh critical judgement. My parents and church leaders repeated to me "God is love," but I'm somewhat certain bears murdering children is not love. It might actually be the exact opposite of love. On one end of the scale you have "love" and on the other you have "bears." I'd like to take this moment to break my previous promise of not mentioning child molestation, to point out the Catholic church molests children.

While I avoided being molested by the Catholic church and instead grew up the proper way, repulsed by and ashamed of my inherent sexuality, I quickly drifted further away from the teachings of their institution who, for all intents and purposes, seemed primarily geared towards putting the elderly to sleep. The central message of "because we told you so," coupled with the underlying message of "it's not us, it's you" amplified the guilt and shame that perhaps I was just not praying enough, or I was praying the wrong way, or like instead of the Bible I was reading Fake Bible and, as a result, all my prayers were fucked up and instead of seeking a temporary escape from depression, I instead received a lobster. Like many major religions, guilt is a prime motivational factor in the Catholic church, and if you're not feeling terribly ashamed about something at any given moment, you're not doing it right.

I'll be the first to admit that, during my teenage years, I jacked off while looking at JC Penny's catalogues. Hell, I still do. The absolute only time I can get off anymore is when I force my wife to dress up like a JC Penny's catalogue. She doesn't really enjoy it, but it gives me an excuse to temporarily unchain her from the radiator. If you're reading this and happen to be a police officer, please bear in mind that I'm joking. If you're not a cop, then I'm absolutely serious.

At times like this, when the Catholic church faces growing criticism from yet another sexual abuse scandal, it's easy to forget that the this religion fucks up brains as much as anuses, and I swear to my Catholic God that this will be the final child molestation joke I will make in this article, except for when I point out right now that the Catholic church has sex with children. That's the absolute last one.