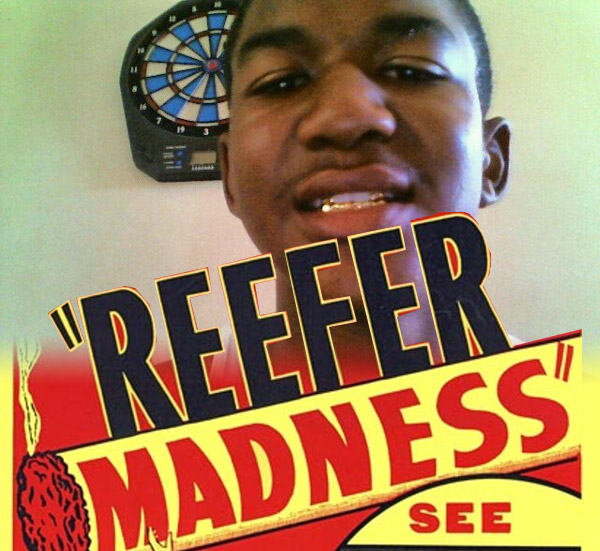 You may have noticed a change in tone to this week's media coverage of the shooting of Trayvon Martin. Almost like during a campaign when the politically grounded media stakes out sides and relentlessly attacks the opposing side's candidate. This eventually spread to mainstream media and you heard a long, quiet sigh and a, "Wellllllll, maybe Trayvon was bad."

It takes a while to formulate a case to smear a dead minor in an attempt to exonerate, not (particularly) George Zimmerman, but the weird self-defense laws being used to shield him. The requisite time has passed and the backlash has begun. To smear Trayvon Martin you have to paint him as a dangerous beastie, a thug who might attack a sharp-eyed night watch captain, going above and beyond and policing the streets of his community.

The unintentionally-humorous article on Wagist builds the case against Trayvon beneath the headline, "Was Treyvon Martin a drug dealer?" You can guess at the conclusion the article's author, Dan Linehan, wants you to reach. Late in the article, which highlights Trayvon's "gold teeth" and "multiple tattoos" among other sure signs of thug-guilt, Linehan offers up his key evidence in the case of Asshole v. Dead Child:

There is also fairly direct evidence that Trayvon may have been a small-time drug-dealer.

The entirety of author Dan Linehan's "fairly direct evidence" for the headlined drug dealer charge is this Facebook exchange:

Oh God, what's next, is he going to listen to some rapper music? In case his foot-tapping and winking wasn't sufficient, Linehan states with a bit of journalistic eye-rolling, of course Trayvon was a drug dealer.

Unless Trayvon was selling Orchids, it seems fairly reasonable to posit that he may have been somewhat well-known among his friends for selling marijuana.

Thank you, hero web journalist, for catching this deceased thug in the act of birthday badness. Every person who has ever smoked marijuana socially could be considered the sort of Dangerous Drug Dealer this evidence supposedly depicts Trayvon to be. This is not a Drug Dealer. Drug Dealers have phones.

Linehan ends his article by pronouncing, "This is a textbook self-defense case, and I'd urge anyone reading to look at the full set of facts before drawing conclusions."