This article is part of the Dynamars Corporation Information Kiosk series. 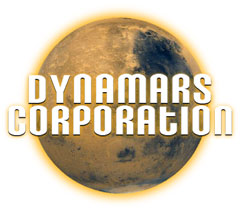 **Welcome to the Ares Station Update Service. This appears to be your first visit to an information kiosk. Previous updates are available in archived format!

**** Previous Updates - Archives for the following dates are available:

**This kiosk is designed to keep you up-to-date on the latest developments pertinent to residents of the DynaMars Corporation's Ares Station, the premiere living and research colony on Mars.

Please read each update in full.

Good news, residents!
Ares Station Commanding Officer Paskiewicz has returned from his vacation on Io, where he enjoyed six days of being pampered by the beautiful male care attendants manning the volcanic moon's most luxurious resort, the Tvashtar Grand.

Due to the large amount of damage incurred by residents in the past six days, the DynaMars Corporation is exercising its right to cut all salaries by 20%. The DynaMars Corporation wishes to apologize to all Ares Station residents for the unfortunate interruption in leadership, but reiterates that such events do not warrant the abuse or murder of valuable equipment, such as intercoms, computers, personnel, barrels, or valuable scientific specimens.

An emergency shipment of Shasta Cola has also arrived. Beverage supplies should now be fully adequate for the next three weeks, negating the need for any further disobedience. The DynaMars Corporation has also facilitated the delivery of 45 additional residents to help make up for the recent wave of mass murders, riots, suicides, and disappearances.

A new day is dawning on Mars! Look up and smile!

DynaMars CEO Davies has arrived and is looking forward to auditing all personnel in hopes of establishing a timeline of events and comprehensive list of conduct violations and criminal actions committed immediately before and during the disastrous Interstellar Scrabble Tournament. The DynaMars Corporation wishes to remind you that CEO Davies has been verified as being fully human, and should be treated as such.

Having learned his lesson, Chief Security Officer Mackey was released from the closet he was imprisoned in after his violent uprising. He has been ordered by the DynaMars Corporation to write apology e-mails to the families and friends of his victims.

In the event that one of your friends or family members died at the hands of Chief Security Officer Mackey during his reign of terror, the DynaMars Corporation would like you to accept his apology by no later than 04-10-2304 to ensure minimal work interruptions and a friendly, synergistic environment.

Keep up to date on the DynaMars Corporation's perpetually doomed efforts to colonize Mars.